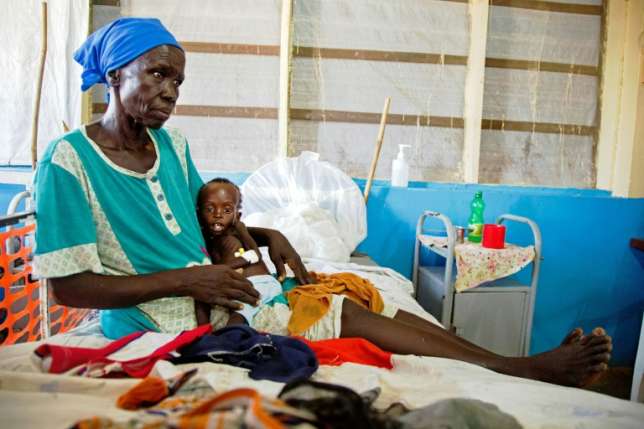 Three countries in Africa feature in a news report on Monday, as where hunger and starvation, are having foothold around the world.
The cause of the hunger and starvation in these countries is traceable to conflict, according to the a United Nations.
There is a war in Sudan. There is a war in Somalia. There is a war in Nigeria.  Yemen is the only country outside Africa, in the list of four countries, affected by looming famine and where conflict has entered the deadly stage.
Accidentally, all these countries, where there are wars and are Islamic terrorism related, are in big trouble. How Syria, Iraq and Libya are not included in the report, is incomprehensible, because those countries have also been caught in deadly conflict.
What is happening in those countries and what is happening in some other countries, in term of conflict has brought conflict's definition to two different levels. When conflict is at the stage of mere argument and when conflict has transformed into deadly affairs. But conflict cannot transform itself from mere argument to deadly conflict, without humans as agents of the deadly transformation.
Another silent factor to the cause of conflict and deadly conflict in these countries is religion - the Islamic religion, to be precise. But the major issue is not the conflict or the deadly conflict, but the results of the deadly conflicts - hunger and starvation.
South Sudan is the most affected area by the looming famine among these countries that are under the threat of hunger and starvation and the UN has declared famine in parts of the country, meaning that several people  have completely used available resources for survival.," according to th the UN's Food and Agriculture Organization representative.
Why believe the UN's report? Nigeria for an example has an area in the North East that has devastated by the Boko Haram Jihadists. Despite the situation in the North East of the country, there is also the economic Armageddon, which has visited the country with the sudden fall in the prices of oil and consequently the fall in revenue, leaving the government to struggle with little or no revenue, to combat the bad bad economic situation.
Manifestly, it is not only people in the North East that are feeling the effect of the current situation in Nigeria. The cry of hunger is all over the country. South Sudan is also an oil producing country. Aside from Somalia and Yemen that are hot beds Islamic terrorism and revenue flow negatively affected by wars, the situation in Nigerian, South Sudan and Yemen seems to have been compounded by the fall in oil prices and revenue slump.
However, many people in Nigeria believe that corruption in high places is partly responsible for the country's woes. They say money that is supposed to have been saved for the country to counter emergency cases like the current situation has been stolen by past government functionaries and fraudulent contractors.
NEWS AND FEATURES
News & Features Around The World