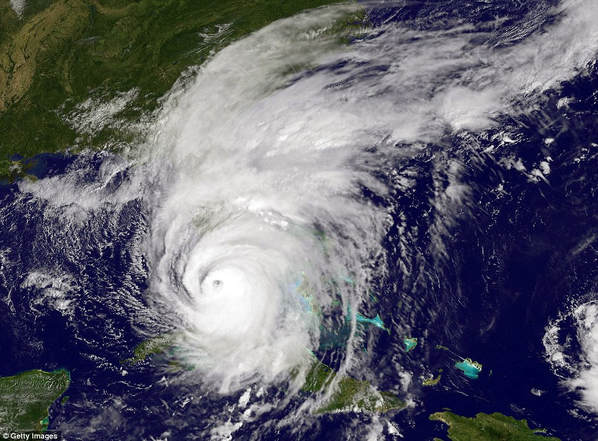 How can a monster like this be called Maria?
It is no longer a secret that hurricanes are given human names. And that the difference between humans and hurricanes is that humans may not be as utterly destructive as hurricanes.
Although, interview for this report show that humans themselves believe that humans are destructive, but not as much as the inhuman hurricanes.
But many people ask questions why hurricanes are given human names, when they say hurricanes can be given names that match their destructive tendencies, instead og human names.
There is seeming wonder about a hurricane already in the Caribbean Island named Maria.
"How on earth would a hurricane be named Maria?" People seems to ask.
Some are saying it is a sign of the end time, oblivious that naming the hurricanes is a work by some Meteorologists somewhere. How on earth are these Meteorologists choosing to name hurricanes human names for identification, when they can use satanic names belonging to hell, where the hurricanes may probably have originated? Names such as Satan, Lucifer, Beelzebub, Astaroth, Azazel and a host of others.
Recently, a couple wondered how Harvey and Irma got their names, when they learned that the two destructive hurricanes that sent humanity on a race for survival were named respectively Harvey and Irma. People say that hurricanes have shown they are monsters and destructive to humanity.
People are already saying that if a canonized name such as Maria can be given to a hurricane, the world will one day wake up and see that hurricanes have been named Muhammad or Christ. People think it should never happen, because no one wants to see the type of hell visited on Charlie Hebdoo newspaper in Paris for caricature, visited on humanity again.
Mary or Maria is the name of the mother of Jesus Christ. The name is a blessing to the Christian world, and many people think monsters such as hurricanes should not share the name with humans.
Comment Form is loading comments...
NEWS AND FEATURES
News & Features Around The World