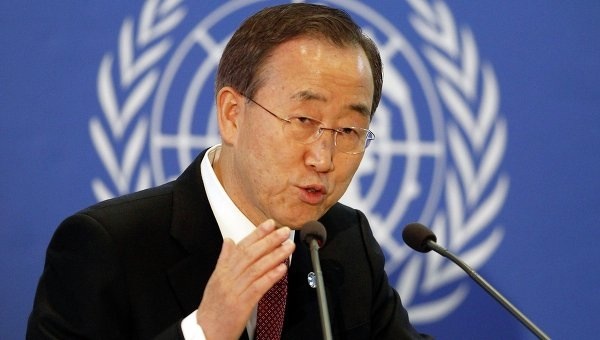 Ban Ki-moon, UN Secretary General
Everyone wants to be comfortable in his or home without intrusion from unexpected visitors capable of throwing up workability of the family budget.
The same same is applicable to governments all over the world. Each government, like a family, watches over the population and the number of people it can make provision for. It is why no government will encourage uncontrolled immigration, just like a family will not consider adopting or having additional mouth to care for, without considering its ability to.
And like a family that has been careful not to take more than necessary, Germany was shocked to discover more than the number of refugees it can cater for, has crossed its borders into the country. New reports put the number at a whopping 800,000, and all are mostly from Eastern European countries of Serbia, Montenegro, Kosovo and Albania. This Sunday, the refugee problems arising from the Syrian war has reportedly joined the fray, knocking on the door of civilized countries, seeking admission.
It is a story about people who are running away from poverty and war. Extreme poverty and sense wars are responsible for the current refugee problems across the world. But unfortunately, the issue of being one's brother's keeper doesn't arise, when it comes to the management of the family budget. The same is applicable to the nation's budgets.
The result is that virtually more than half of the 800,000 refugees, who have entered Germany have been turned back to where they have been coming from. And a large number who are left behind are unsure if they will get a new home far away from home.
If anything, news from Spiegel says those who have received training from willing employers aren't sure whether the immigration laws would be written to accommodate them. Jus as the information poured in from Europe, the memory of poor Africans who cross the sea, some surviving the danger and others perishing as a result come into focus.
What are they looking for? Survival. The economic situation at home is bad. The same is applicable to refugees from the most Eastern European countries, who have survived recent wars and they are alive to face hard economic situation. Many of them were reported to have left their countries based on a fake advertisement that said Germany has opened its borders for willing workers.
Managing the Syrian refugee crisis is another big issue that explode on the world stage. Yes, the Syrian leader is a bad guy. Some of his people want him out of office. Some of these people who want their guy out of office are yearning for democracy. They have the support of foreign government, mostly now referee red to as the international community.
Consequently, Syria has been turned into a fighting ground for legal and illegal warfare, between the international community, the ISIS and the country's unwanted government.it is still a miracle how people still manage to live in that country with the massive destruction taking place daily among various combatants fighting for domination. Shouldn't be expected that there would be refugees from that situation?
What plan has the United Nations for refugees running away from getting killed in that inferno? Everyday, the world is inundated about people crossing the border to Turkey and elsewhere in the region. Yes, the UN would not have been expected to have a perfect management of the refugee situation. It is one of the evil harbingers of war.
Nor would one have expected any of the countries that have been involved in the attack against the unwanted leader to open its door to refugees from Syria without control, based on each country's immigration laws. But with a development which now seems like a war of refugees from Syria across the globe, arising from seeming mismanagement of the refugee's plight, should compel one to the ask the UN Refugee Commission about what is happening to the Syrian refugees?
Are the countries that have ammunitions and support for the war against Assad not contributing money to take care of refugees from the war?