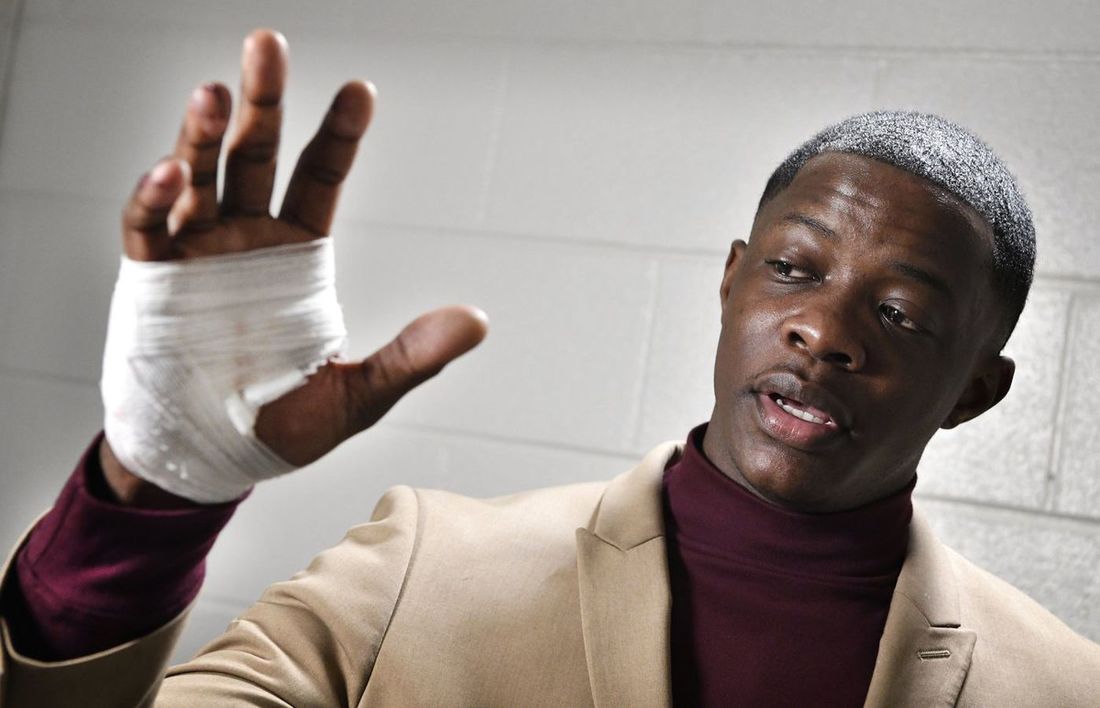 James Shaw Jr.
His photograph is all over the internet as the toast of the moment, for saving himself and others from a gun totting lad, in a restaurant in Antioch, Tenn., Sunday morning. Though, four people are reported dead from the fracas at the restaurant encounter with a gun man apart from the injured, and Shaw is declared a hero. But the gallant savior has said he is no hero, and that he has merely tried to save himself from death.
"I was doing it just to save myself," he said. "My doing that, I did save other people, but I don't want people to think I was the Terminator or Superman or anybody like that," Shaw said in a Fox News report. The gun man is reported to be reloading his gun, when Shaw pounced on him, seized the gun man's AK15 from the gun man and tossed the gun on the restaurant service desk. And the gun man fled naked leaving behind his shirt.
The reality is that if Shaw had failed to see an opportunity and undared the gun man, while the gun man tried to reload his gun, news reporters would have had a different story of many deaths to report. Shaw's daring of the gun man changed the story line. Happily, he his story of gallantry and living to read his own story of daring a gun man has replaced a story of death trying to stop a gun man.
The reported scene from Antioch could have happened in any part of the United States, where the gun culture and debate over safety concerns is a number one topic. It is not a mean feat for an unarmed person to confront an armed fellow and lives to recount his experience. Shaw's word captured the bravery of his action when he said he was trying to safe his own life and described himself as selfish.
The difference in Shaw's selfishness in comparison to other forms of selfishness is that Shaw's type of selfishness has helped to save other lives, unlike other forms of selfishness - known to deprive others of opportunities and lives.
Of course, it is another story entirely that the gun man  was once arrested for being at an acceptable place near the White House and with AK15 and released. And the question resonates about whether or not the same AK15 that was seized from him following his arrest in the White House was the same gun seized from him at the Antioch restaurant in Tennessee.
And now the gun man is at large, reliably with two guns and described as dangerous, and for residents to be alert.
Comment Box is loading comments...
NEWS AND FEATURES
News & Features Around The World