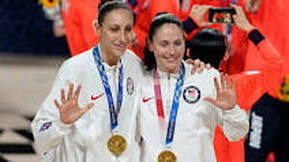 Biden and Harris
Joe Biden is the one running for president and not Kamala Harris. People are saying Biden has picked a president in waiting in his choice of Harris as a running mate. The fact is that Biden's pick of Harris seems to be uniting the Republicans and a splinter group of Republicans on has feared will undo Trump has returned into the fold.
Liz Cheney (R-WY) was one of the first Republicans who came out swinging against Harris on Tuesday evening as too far left to make the conservative agenda safe in Biden's presidency and discountenancing the possibility of Biden emerging as president. She said Harris wants to kill all the Republicans tax cuts from 2017; opposed Harris position on abortion and says that Harris will encourage the crumbling of American cities that has begun with the left's demand for defunding and abolishment of police.
Therefore, the possibility of Biden winning the election is no longer as strong as it has been few weeks ago in the face of Trump regaining lost ground. People are saying the hope of having anything happening to Biden in office as a president and for the vice president to step in is a secondary consideration at this time.
This is being acknowledge as a long road to travel and the outcome of the election difficult to predict. Of course, it will be a different political case if for example, a member of the Republican Party in the Congress, who had been reported as against Trump and that she was part of a group that included some serving members of the George Bush time in office. That speculation has died on arrival. But the Democrats will not accept the truth that the ground is shaking on Biden's feet.
The replay of recording of Harris statement on television about Biden's relationship with segregationists in which she almost accused  him of racism cannot be downplayed. That exchange was the toughest shot for Biden during the party's primary election debate. And Biden has nas never denied his close relationship with segregationists.The same Biden is the accusing the sitting president of racism, when he cannot defend himself of Harris accusation.
Susan Rice says that Harris is not the top of ticket that Biden is, and that they are a team and that Biden is the presidential candidate. What Rice does not say is that Biden's pick does not show Biden to be in control of his campaign, and that he has succumbed to the party's wish, giving Harris open view of Biden as a segregationist.
​     Democrats cannot run away from the fact