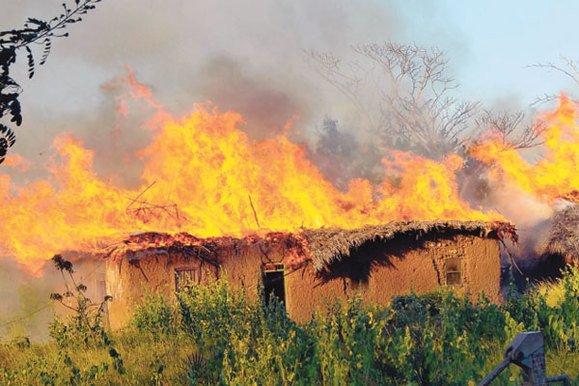 Vengeance has taken hold of Pokoma village in Tona Delta River region,
Kenya,  and about 200 deaths have been recorded in five months from
reprisals among neighbouring communities, Kenya Daily Nation reported.
The latest count of casualties numbered 10, according to officials. The
Red cross said suvivors were treated for gun injuries, burns and machete
wound.
The Omar people are reported as the aggressor in the latest killings.

Trinidad and Tobago
In a similar development in Trnidad and Tobago, two men believed to have ambushed and
killed a rival gangman last week were themselves gunned down. The two men were reported
to have been gunned down in their homes at Third Street and Mahogany Drive in Port of
Spain by same and a lone gunman.
Police said the likely motive behind the killings of Kerron Decarreau and Mark Joesph was a
reprisal for an earlier murder of another man named Jeremy James. Investigators believe that
there would be further reprisal for the killings of Decarreau and Joseph.
In another development, Junior Valentine, a supervisor with Guardian Media Ltd. was
gunned down on Friday in his home at Laventille. A veteran at the newspaper house where he
had worked since 1979 was described by his colleagues as a stalwart, and the company where
he worked before his death were interacting with his family for a befitting a burial.
Trinidad and Tobago Newsday describes the killing spree in the Caribbean country early in
the year as 4 murders in 10 hours.