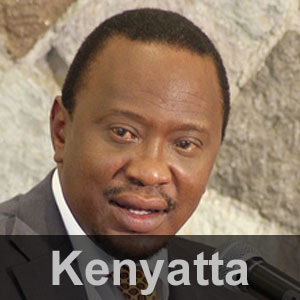 Effort to determine nationalities of killers of 49 Kenyans at Mpeketomi had started, despite President Uhuru Kenyatta's claim that the attack was a political hatchet work, a report by Kenya's Daily Nation had revealed.
"We want to establish their identities. Are they Kenyans or people of a different nationality?" Kenya's police chief, David Kimayo asked.
This is happening as Kenyans debate President Uhuru's uncorroborated allegation that the attack was political and not an act of terror.
The Kenyan police inspector General said he had despatched a team of experts to obtain samples of fingerprints of five of the attackers, who were killed by Kenyan military.
The police chief said that it had been confirmed that the attackers were armed with AK-47 rifles; that most of the victims were shot on the head and some had their throats slashed.