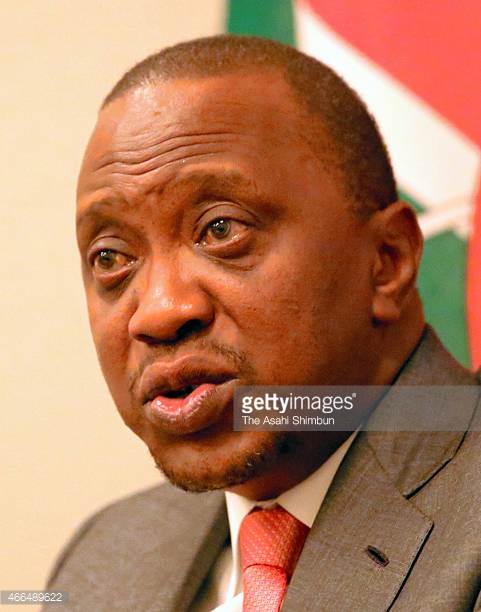 The annulment of the reelection of President Uhuru Kenyatta of Kenya vibrated all over the world. Before the election annulment by the country's Supreme Court, Kenyatta  was more than sure that his reelection was certain.
But his current new mood does not show such assurance. Instead, Kenyatta has become an angry man.
Kenyatta's anger  is directed at the Supreme Court, the Supreme Court judges, especially the chief judge, for the annulment of his reelection and depriving Kenyans their choice, because of Raila Odinga's anger against his reelection.
Odinga as the opposition leader, went to the Supreme Court with evidence that Kenyatta's reelection was computer generated, and not based on the people's votes.
Kenyatta is aware of the people's ill feelings toward him because of his attack on the court and the judges for doing what many people consider as good for Kenya.
Kenyatta said that he has the right to say his mind. He said he does not like what the chief judge and his colleagues did. He said they have taken away his election and victory, victory given to him by the people.
He has assured his supporters that he would win again. And he has since returned to campaigning again. He said that at a campaign rally that he would have expected the judges to order a recount of votes from the last election, rather than ordering a fresh election. He is still insisting that his victory in the last election with over one million votes over the opposition
Meanwhile, the Kenya electoral body has announced a new date in October for a fresh election. The electoral body has constituted a new team led by Wafula Cehkumati to oversee the fresh election.
​       Chekumati is reported as the man who put the team together and members are to report directly to him.
The opposition has not reacted to the choice of Chekumatti as leader of the team to oversee the fresh election in October. But given the unsavory role he played in the last election, when he was reported as having had access to the electoral commission's servers without any authority to do so, observers are doubtful of opposition's acceptance of his leadership of the new team to handle the fresh election.
The last election is history. So also is Kenyatta's reelection before the election's annulment. What will happen in the coming election is uncertain. Kenyatta cannot claim to be sure of his future for now, so, also is Odinga, who is yet to speak out in support or against the new electoral body's election team. He has being highly critical of the entire electoral body.
Some observers have say that non-inclusion of some members of the electoral body's old election team is likely to satisfy Odinga. However, that is not authoritative. Kenyas are watching development in their own country and waiting to deliver for the new October date for a fresh election.
Most observers believe that the country's Constitution is supreme. They believe that the supreme Court followed the Constitution in their determination of the case brought before them in annulling the earlier election. People have taken note of Kenyatta's outburst that if he is reelected, the Supreme Court and the judges, especially the chief judge, will be punished.
NEWS AND FEATURES
News & Features Around The World