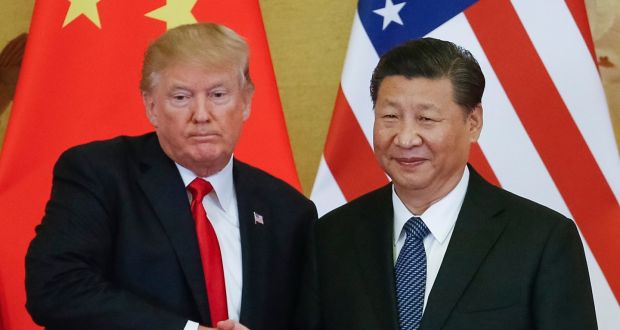 Spanish leaders celebrating the country's first democratic elections (Courtesy: Pierre Philippe/IrishTimes)
Current events between Spain and Catalan will easily remind observers about Spain as a power and force of reckoning in the world of diplomacy.
But Spain seems not have learnt from history, repeating the events in Egypt between Pharaoh and the Israelites, culminating in 'Let My People Go'..
No other country can claim to have a stronger footprint larger than Spain all over the world, competing with other powers for spheres of influence, winning colonies and later giving away those colonies after people's struggle for freedom.
As a master in the game, observers expect Spain to handle the Catalans struggle for freedom with nothing less than it has already displayed, finding it difficult to cede away part of itself, like it has done in some of her colonies far away from home.
The Catalonians, having been part of Spain's diplomacy for a long time, are not proving to be less shrew in diplomacy than the Spaniards. Imagine the conflict between them, especially in the last week. Catalonians have forced a referendum, which Spain has called illegal and gets a court injunction that describes the referendum 'illegal' to stop Catalonians.
But Catalonians seem ready for the long haul. The president of catalan has said that the parliament will meet to decide the fate of Catalan in the next week or two. Now, after a referendum that one news report say about 90 percent of Catalonians' votes are in support of freedom, Spain is encouraging protests and demonstration in Catalan in support of unity. And this is after the representative of the power in Madrid has apologised for the mishandling of Catalonian voters in a bid to disrupt the referendum.
Could not Spain had acted better than it did to Catalonians on Sunday, when it sent  police to manhandle voters and later apologized?
When the nature of tyranny of political leaders are considered, no one will blame Spain for acting the way it has acted, because no leader will let go part of what he or she thinks belongs to him or her without serious struggle from the freedom seekers.
Let us roll over a little bit of the history of human struggle.
The first historical voice of 'Let My people Go' came during the israelites struggle for freedom in Egypt. The world have witnessed the French and the American revolution. Many African and Asian countries have gained their independence from colonial masters. There is also the story of emancipation in the United States. It is about the master allowing his subject to gain freedom and determine the direction of own journey in life.
Such freedom is not easily given and not without sweat and blood. The story of the effect of change of the servant gaining freedom and progress is better illustrated in Anton Checkov's play, "The Cherry Orchard," where the master, an aristocrat, loses his wealth, and the son of a former servant becomes the master, advising the father's former boss about how to manage her property not to lose all. And when the amster refuses to reason, the son of the servant buys the property and orders the pruning of the orchard. The master is aghast at what she is witnessing.. The son of her former servant then orders stoppage on the orchard pruning to allow the master reflect and understand what is happening to her, about the effect of change no human can impede.
The master will never let go. To allow the servant become his or her own master is a tragedy to the master and never will adapt to such a change. Will live in illusion like a leader recently said that he will not allow any part of his country secede, a reaction to loudness of a section of the people in a region there for freedom.
They don't know a country does not belong to any particular group or person, but that it is a commonwealth, and that the fate of the commonwealth depends on the wishes of all the people. Look at the British commonwealth. The British seems to have learned a lesson from experience in in her colonies and allows her people to determine through referendum where they want to be without stress over ownership.
The Spanish leaders, the Nigerians leaders and the Myanmar leaders, need to learn from the British play book. If Catalonians say they are ready to go, let there be a fair referendum to determine their fate. If the Igbo people of Nigeria wants to go, let there be a fair referendum to determine their fate. And if the Rohingya people of Myanmar wants to go, let there be a fair referendum to determine fate.
​
HTML Comment Box is loading comments...
NEWS AND FEATURES
News & Features Around The World