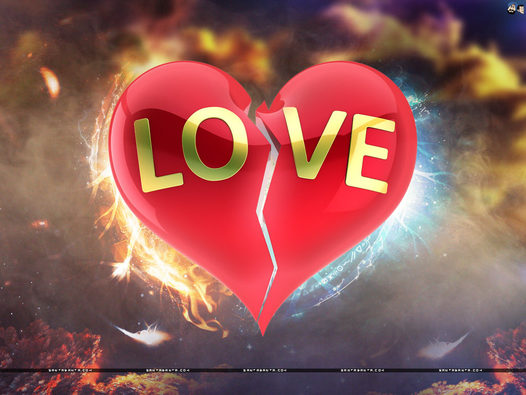 A young lady appears on a New York City street last week, wearing a vest with an imprint that love is a terrible driver. Many people agree that love does lead people on wrong and dangerous paths and that at times to fatal decisions.
Lovers may disagree with the author of the imprint that says love is a terrible driver, but they cannot disagree with another saying that says love is blind. It is still a mystery why love is said to be blind, but few people disagree or will disagree with the saying.
Is it not therefore appropriate to agree with the author that says love is a terrible driver, if we agree that love is blind, from the perspective that a vehicle driven by anyone in a blind mode can be terrible?
If love is blind as has been described over the years, should not people think the case will be worse than that of a terrible driver and capable of causing havoc?
First, no country will approve a driver's license for the blind for safety reasons, and not for any need to slight or discriminate against the blind. Therefore, eyes test is one of the mandatory requirement for people applying for a new driver's license.
Secondly, people who are in love rarely see anything wrong about themselves or about their acts, no matter how terrible.
Listening to a Radio program on 106.7 FM called ‘Delaila’ sometimes last week, a lady called in for an advice on the program. According to her, she has a sister who is in an abusive relationship and she wants a piece of advice on what to do to save her sister from her abusive boyfriend.
According to her, she has tried to advise her sister to abandon her abusive boyfriend to no avail. The program advises her to leave her sister and her boyfriend alone, for her sister not to hate her. Because, presumably her sister is in love with her boyfriend and continued advise against him may negatively affect her own relationship with her sister. to avoid losing her sister to the abusive boyfriend, she needs to apply a break to her advise to her own sister.
Just as love's blindness is applicable to individuals who are in love, the same is applicable to politicians and their followers. No matter how terrible a political leader has shown in his or her performance, their followers always believe the leader will win an election. When it is apparent that the leader may lose the election, his or her followers will still be applauding him or her that he or she has already won the election before the election. This often lead to woeful performance at the polls and election loss.
But such candidate's media megaphone or propaganda machine rarely see any need to criticize their favorite candidate. All the negative attention and criticisms are reserved for the opposition. And that makes the opposition to work harder, while the anointed candidate work lesser, believing he or she is on the right path, since no one will point out what is wrong with the campaign.
Love's blindness and its evil effect knows no enemy. Meaning it does not have an enemy, because we all are victims of the malady. If you are not currently over the head in love, you must have at one time or another been in such situation like a love-struck kitten. Your boyfriend or girlfriend or your husband or wife is the best. He or she can never do wrong. Let anyone dare point out a wrong you are doing or a wrong by your partner, the result will be a fight to protect yourself or your partner, and imaginary charge that someone wants to break or destroy your relationship. Or that someone does not wish you or your partner well.
Comment Form is loading comments...
NEWS AND FEATURES
News & Features Around The World