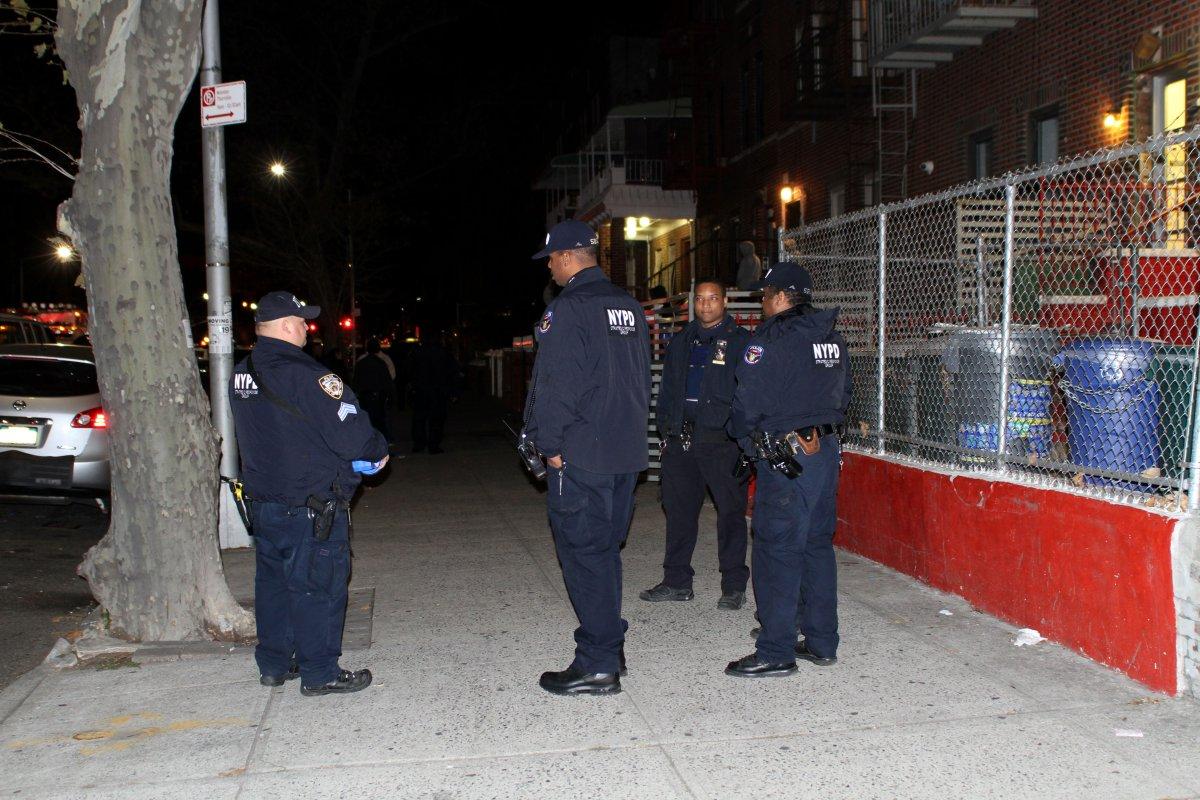 Member of the New York Police Department, NYPD, at a scene of trouble in Brownsville, Brooklyn, on Saturday (Courtesy:New York Daily News)
A man is miraculously still alive after a gun shot in the stomach at Mother Gaston Blvd. in the Brownsville area of Brooklyn at 1:00 pm on Saturday. The victim, whose name has not been made public, has been taken to the Brookdale Hospital by paramedics. The Daily News report says that he is still alive.
The Daily New captioned the story, "Mugger shoots 21-year-old in stomach during Brooklyn robbery, cops say".
Trouble reportedly started, according to news report, when a gun man sought to deprive the  victim a pricey chain, but as the owner of the chain, the victim resisted the gun man's robbery attempt and then a struggle began between the gun man and the chain's owner.
In another shooting incident in the same Brownsville area of Brooklyn, a woman was reportedly shot on the chest by a man, outside of a home in Rockaway Parkway, near Rutland at 10:30 pm. She was rushed to the Brookdale Hospital and the news report said she was in stable condition, officials said.
But Peter Olivo, 58-year-old of Staten Island, died on Saturday night, after he was shot multiple times in the chest, outside his home, police said. He died shortly after arrival at Richmond University Medical Center, where he was taken by first responders, police said.
In another development, 44 -year-old, Sophia Lamb, was stabbed to death in her apartment on Saturday. News report said that Lamb's mother found her remains on the floor in a living room in the apartment they share at Baychester Avenue at 1:45 pm.
NEWS AND FEATURES
News & Features Around The World