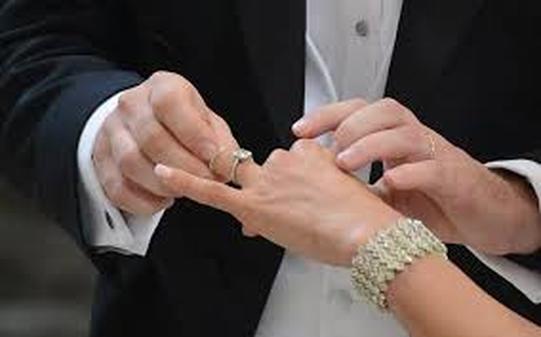 The day and the vow to remember
It is smart to say that if the first marriage has run into a logjam for whatever reason in the days without the impact of modernism with a couple in direct communication with God, how can anyone begrudge modern couples' problem with marriage?
Was Adam and Eve's marriage a success with the disobedience, God's wrath and the consequence on humanity? What about Abraham's marriages as the man who laid the foundation for polygamy?
Quite all right to know that Adam and Eve's marriage as monogamy and Abraham's own as polygamous circumstantially, and he struggled with the problem.
The time moved from Abraham to King David continuing on Abraham's polygamous trend, meandering in dangerous waters, before Solomon's unequaled many wives and concubines. Joesph and Mary's affair offers a better lesson with the issue of the holy ghost pregnancy and the birth of Jesus Christ.
Of course, Joseph was about to call Mary's pregnancy a name he should not have called it, when he heard the voice of Angel Gabriel and he decidedly obeyed Gabriel's commands, respected Mary, accepted the pregnancy and kept mum.
In modern day setting, Mary's act would have been an act in cheating and Joseph talking about Angel Gabriel talking to him would have been taken to mean hearing of strange voices! Joseph would probably have fallen into the same trouble that Socrates found himself in Greece.
The three religions - Christianity, Islam and Traditional Religion all have their respective rules on marriage. Christianity approves monogamy. Islam approves polygamy provided the amn can cater for the wives money and material needs. The traditional religion's polygamous approval has no bridge and condition. But the man and the woman's self interest seem to have put monogamy as the choice of most couples.
This is no longer traditional days of submission to religion above cognition. Adam and Eve were blind before they were commanded by the serpent, ate the fruit, eyes opened and saw they were naked. In comparison to the modern wired generation, whose eyes are not only open, but with unseen eyes set round the head and they can see beyond and above their horizon. The social media seems to have worsened the situation.
Gone are the days when marriage is considered as an affair between the two families and members of the family can help resolve crisis capable of leading to trouble between couples. The modern sense of monogamy has been upped to mean that no one from any family is invited to interfere in what is essentially the business of the man and his wife or the wife and her husband.
The woman no longer accepts the fact that the man is naturally promiscuous and any information about the man talking to another woman is trouble. And the man does not want to understand that the modern freed woman is no longer the traditional woman who sees the man as the boss. She is also the boss. She believes that if a man can date outside marriage, she too can do it or get out of the unwholesome situation.
Development in the Church leading to the beginning of the Anglican Church in England, continued erosion of the oath of celibacy in the Catholic Church and many ministers from Pentecostal Churches in and out of marriage lifestyle are enough to tell the world that the trouble with marriage is not a sign of the end time, but the continued supremacy of nature over nurture and the death of traditional lifestyle.
In the mire, there are many couples who are silently enjoying the sweetness of marriage devoid of trouble and to these couples belong the words of Paul to Timothy: "I have fought a good fight, I have finished my course, I have kept the faith." They are well nurtured and they accept a lifestyle that has no confusion between nature and nurture.
The marriage vow to them should be part of the faith. Not to be broken, but respected. But wait, the serpent is still alive and he controls the world! Herein lies the trouble.