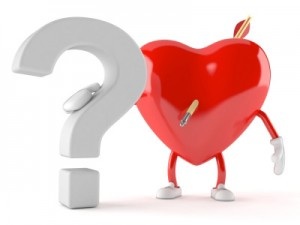 A woman enters a bus in Brooklyn and says that there is no integrity in the home and instructs adults in the bus to start teaching the young people. But some young people see marriage as universal, but the negative trend killing the marriage in some parts of the world as not, and they lack knowledge about where to go for counseling, and they say certainly not from the adults around them or institutions they already know not serving any purpose. Young people in advanced countries are expressing serious concern at the rate of marriage collapse as soon as they are contracted.
"Why are marriages no longer stable that they break down as soon as they are made," an accounting undergraduate student asked. He is concerned that he may not get married soon, because he doesn't want to get into a relationship that will die along the way, but professes love for his girlfriend.
One Brooklyn resident  in his late twenties - expresses worry at the rate marriages are breaking down. He said he lives with his girlfriend and he doesn't think it is time to entertain marriage discussions, "When those who are already married are divorcing." He wants to know why people get married and divorce a short while later.
He said he does not need statistics to know that high number of married people are falling apart, because he lives in the society and sees what is happening. He and his friend want to know if marriages are also falling apart in Africa. One of them said he knows that same negative situation has creeped into the marriage situation in Haiti.
"There is no part of the world where there are no divorces, but the rate of divorce in Africa has not become alarming compared to the rate of divorce in the industrialized nations," their African friend revealed. "Africans still have regard for marriage and the family system is helpful to marriage. No parent will wish a divorce for their married children, because they will be reluctant to take their daughter back. A woman cannot leave her husband and go and start a new life on her own living alone. Some do, but it still constitutes  a stigma that families will want to avoid."
Steret Morant said there is problem with marriage in the advanced countries, because people get into marriage for wrong reasons. "The fundamental elements of marriage that were once the foundation of marriage are no longer there." He explained that these fundamental elements are sincerity, purity and love that is beyond material things. He said that these fundamentals have been displaced with no finance, no romance, and that romance without finance has become a sacrilege.
The student and the Brooklyn resident want to know where people can go for counseling to stem the rate of divorce. There is no where to turn in the family or neighborhood; what they have seen happening to marriage around them is scary. Both guys are young people and a recent report on the CBS news reveal that young women no longer talk about having children, but prefer to do with a small dog that can be taken around in a little bag.
Ironically, people  consider as adults whose marriage trends is giving worry to young people and young people whose marriage short lifespan have combined and added to the miserable state of marriage.
Leaders are divorcing too. Vladimir Putin of Russia divorced in office. President Francois Hollande of France marital status was talk of the town recently; caught on a bike on a visit to a girlfriend, while living with a First Lady also a girl friend. Where are the young people to turn to for role models, when those they look up to for good example have fallen short of expectation? Morant believes that with this development, the society faces a bleak future.
Click to set custom HTML
Widget is loading comments...
NEWS AND FEATURES
News & Features Around The World