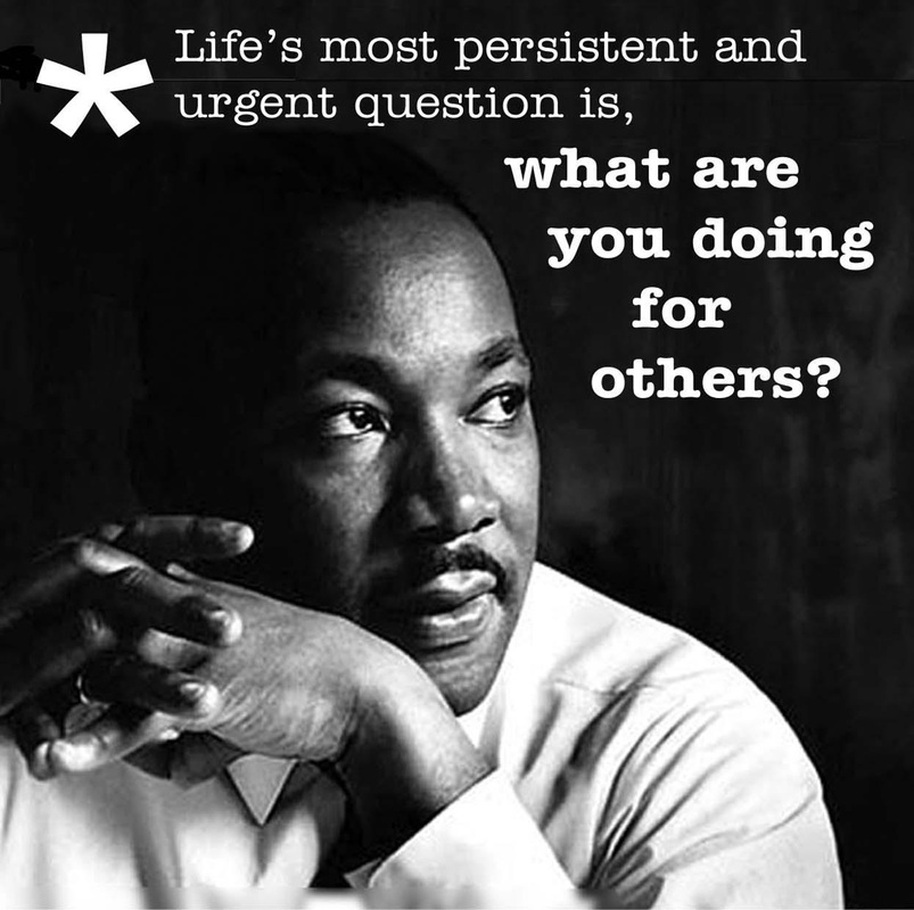 Americans on Monday remember Martin Luther King jr. today as they do every year. It is a public holiday. Schools and offices are closed. Media houses are not left out in giving recognition to a man regarded as helper of the helpless. A large number of people, notably in New York City, reportedly used the day helping  the needy, either in painting their homes or providing essential needs of life.
Historically, MLK is recognized as not just a helper, but a mover of the authority to do what is right, in the manner of Jesus Christ telling the Pharisees the right thing to do, rather than following ceremonies. Essentially, MLK is remembered as a minister in the same mode of Jesus Christ, using the power in the word and truth, in non-violent civil rights fights, against tyranny.
He was cut down like Jesus Christ. But good people don't die. Jesus Christ never died despite the punishment and the form of death. Despite shooting MLK to death, his achievements live and he lives. Jesus Christ gave comfort to those who needed it. He sought and healed the sick and the infirm and fed the hungry, while himself went hungry and fasting and praying. By fighting to help restore human rights to people who,have been deprived of the rights, MLK operated like Jesus who fed, healed and cared for others.
The most important service to humanity is serving others. It is why the question from MLK, about what you are doing for others is essential, than the number of cars in your garage and the number of mansions you have acquired.
News reports say that Governor Andrew Cuomo has announced a new minimum wage of $11.50 for workers in New York City and $10.50 for workers in other boroughs. It is a cheering news and not surprising it happens on MLK's day. The news also say that President Barack Obama will be using the 'State of the Nation' address on Tuesday, to seek tax increase against the rich and in favor of the middle class, and that he will also seek free community college for those who need or want it.
Well, Global Pentorch, it is happy MLK's day.
NEWS AND FEATURES
News & Features Around The World