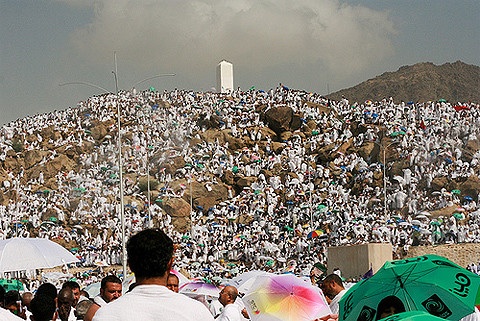 The tragedy in Mecca, Saudi Arabia, cannot be glossed over or be turned into an argument over which country may have been responsible for the cause of the stampede in which over 500 people died.
A pilgrimage to Mecca, as one of the five pillars of Islam, which a believer is expected to perform, is not supposed to be an avenue to mass death, but security of life and salvation. The argument among certain personalities or pilgrims in Saudi Arabia and Africa, apportioning blame is nothing short of religious ignorance.
Going to Mecca is termed to be one of the five pillars for every Moslem, for those who have the means. Here lies the first ladder to religious ignorance. How can a program that requires stupendous finance, which an average Moslem cannot afford be said to be a pillar expected of believers? Does it then mean that Moslems who have not the means and don't perform Hajj are less devoted than those who have the means and perform the Hajj more than once in lifetime?
My father was a Moslem. He never had the money to go to Mecca. Yet I knew he was more devoted than to Moslems who are rich or well connected and have performed the Hajj more than once using their own money or sponsored by government of their country. Why are there so many people going on a pilgrimage, an undertaking that shouldn't be more than a trip to a religious place if not that religion is what philosophers have called it - the opium of the people? Does going to Mecca make people go to heaven and those who don't go to hell?
It is possibly one of the religion ignorance that has been fed to believers that if you go to Mecca, you will go to heaven and that if you don't go, you may go to hell. Or what do you think may have made going to Mecca an Opium that people go and die, rather gain salvation? Some people may even ignorantly say that dying in Mecca the way those unfortunate pilgrims died in stampede would lead to heaven, like people ignorantly believe that being a religious pervert who kill others in the name of religion would lead to going heaven and have virgins' service.
Reports show that some unnamed Saudi officials have blamed African pilgrims for the cause of the stampede, while Lamido Sanusi, a Prince and former governor of Nigeria's a Central Bank, has blamed Saudi officials for the stampede. But none of them doing the blame game has made any effort to tell the truth that going to Mecca to die has become a natural tendency due to the large crowd of pilgrims and inadequate crowd control techniques. If a Saudi official blames the stampede on African pilgrims, he may have done so out of ignorance or lack of knowledge about the history of stampedes and mass death among pilgrims.
It is not certain how many times Lamido has gone on pilgrimage to Mecca. But it is known that many rich Moslems go on pilgrimage many times they like. What could necessitate anyone going on pilgrimage to Mecca more than once? The first step to check stampedes and deaths in Mecca is for the Saudi authorities to ban multiple pilgrimage to Mecca by the rich, because history has shown that excessive crowd and lack of control of the crowds leads to stampede.
The first thing the Saudi government must do to forestall occurrence of another to another tragedy is curb the large number of pilgrims capable of leading to stampede. In 1991, more than 1426 pilgrims were trampled to death following a stamped, according to Complex.com.
Listserve.com wrote that over the years, pilgrimage to Mecca has resulted in many stampedes and crushing deaths over the years. It said that the most dangerous aspect of the program is the stoning of the devil ritual. It said that the Jamarat bridge that pilgrims stand to throw stones has been expanded over the years to accommodate the ever-growing number of pilgrims, and that because of the sheer size of the crowds, the ritual is nearly impossible to control.

and 1,426 were trampled or suffocated in the hysteria.
NEWS AND FEATURES
News & Features Around The World