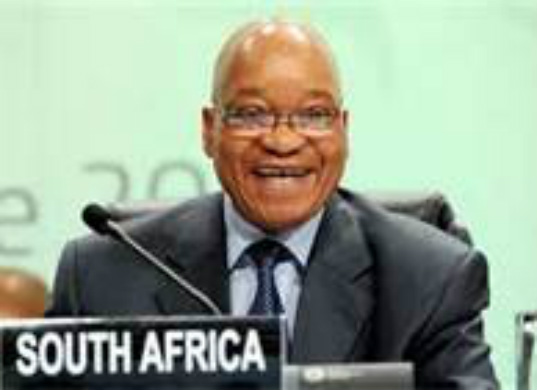 President Jacobs Zuma of South Africa aroused global attention when he
made a comparison between humans and animal's. He had said that people
who loved dogs more than people had a lack of humanity and that some
people were trying in vain to emulate whiteness!
The statement was a zinger and it attracted harsh responses from people of all persuasions.
The South African presidency was forced on defensive that what President Zuma that the
president's statement was to decolonize the African mind post-liberation and enable people
take pride in their heritage and not free presure to adopt customs of minority cultures.
Animals can be cared for was the message but not at the expense of people, the statement
concluded.
"Things are changing in South Africa. The integration of children in public schools along
fostering of  friendship among different races,"Valarian Abrams, a nursing student at University
of Pennsylvania said. In his response he views Zuma's statement as against the newness in the
country. "It is against the new South Africa and South Africa of the future."
However, Abrams said dogs are animals and should be treated with respect and humaness
just like humans. He says Zuma's statement is broad and doesn't characterize all white people.
He adds that some people who treat animals poorly may emulate others who treat animals
humanly, and shouldnt be accused of emulating whiteness. treating dogs humanly shouldn't
mean emulating whiteness, because not all white people are similar in their treatment of dogs.
Joe Murphy, a security executive with MSA in New York said that something is wrong with
President Zuma's perception. He said what the South African president said about humans
and dogs was wrong. It is still wrong for him to want to justfy it. He is a typical politician."Is he
saying it is lack of humaness to be knid to dogs?" he queried, and looked straight into the
reporters's eyes. He said there was a reason to believe that President Zuma sounded like a
politician who had lost grasp of connecting with his base, like he was trying to curry political
favor. He wants the people to embrace thier own culture amid criticism of what he calls a white
culture. Something that was politically negative to his politcal situation must have happened
that took him on that lane.
Murphy said to be proud of who you are isn't necessary to put others down. Being proud of
who you are is enough. If it means putting others down to be proud of who you are relates to
bullying.
Some observers say outrighly and off record that President Zuma's is gulity of stereoptyping
and prejudice. As a president in a country that has survived discrimatory past, he is supposed to
heal with his words and  not remind the country of past evil.
Abram said he visited South Africa in 2005. Durng his visit he was in Johannesburg, Pretoria
and Capetown and remembered vividly that he visited Kruger National Park. He said he saw
the human environment in Pretoria was normal, but johanessburg was to him empty and naked,
a reminder of the country's past.
Other observers say Zuma remains a hostage of past experience and carricature of
Jonathan Swift's Gulliver, having bitter experience in the hands of humans, becomes animal's
ally and scared of humans. Zuma, they say will need to reconcile his present with the past,
and begins to trust like Gulliver, who rejoins his wife and child through another human's
show of kindness, the reason they say is why Presidet Zuma should eschew stereotyping
in all shades and forms, come to term with the newness in his country and lead with good
example.