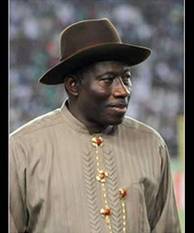 Will the Nigerian Armed Forces succeed in the battle to expel the Boko Haram militants from parts of the country the sect has turned to its base? This is a question observers of events in the West African country are asking, following the declaration of war against the militants, immediately after President Goodluck Jonathan’s declaration of a state of emergency in three states seriously affected now used as base by Boko Haram for its menace against the country.
Despite reports about the Nigeria’s forces bombardment of the militants’ base, observers think it will be myopic to feel that the ragtag militants will be able to match the Nigeria’s military fire power. For three years the militants have wreaked havocs on the country and the Nigerian nation has taken everything using minimum force and persuasion against the militants.
The militants obviously called for the war situation they currently find themselves. The Nigerian government cannot be faulted in any way for defending its territorial integrity against an army of occupation with an aim to force the country into becoming an Islamic nation. The country has a precedent from an event in Mali, where the country’s leader sought the assistance of an external force to expel an army of occupation in that country.
The same skepticism expressed by observers about whether the French Army could route the Islamists in Mali is repeating itself in Nigeria. However, given the fact that the French Army led a multinational force in the battle in Mali against the militants, unlike Nigeria that has decidedly entered the fray against the militants alone as a reason for doubts is understandable.
The question needing to be asked is what would happen if the Nigeria’s forces find the militant’s base impregnable fighting alone, given the fact that
the world has resolved the moral question about whether Nigeria has the right or not to declare a war against the insurgents. Again, the precedence in Mali is reliance. Nothing will be wrong for the country to seek external assistance like Mali, and ensure that the militants are routed completely from all their hideouts.
By now, law abiding citizens in affected states should have seen what is happening and their need to relocate away from trouble spots with assurance that Nigeria’s security forces would not make things difficult for them as long as they don’t support the militants’ cause, and as already demanded by Humans right groups in and outside the country.
This is a time for all Nigerians to support necessary action against the militants who have not made life uncomfortable for people in the country, but
has also created a doubt in observers’ mind about the continuity of Nigeria as an indivisible country.
Unfortunately, the polarized political situation in the country does not help in gauging where most Nigerians with political issues against their
president belong in the matter of taking the war to Boko Haram’s enclave.
Opposition parties are divided over whether or not the state of emergency should have been declared or not in the three affected states; northern leaders and youths are opposed to what they see as declaration of war against the north and others trace  the Boko Haram’s  insurgence to economic
rather than religion.