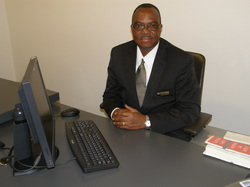 Giwa
I have been watching development in my country of birth over the abduction of a large number of innocent girls from the remote town of Chibok in the North East of the country. I have read so many reports about conflicting figure of the number of girls who have been abducted and virtually all opinion articles blaming the government and almost praising terrorists' ability to organize than the country's government. I feel along the line that most people don't seem to understand what is called terror and war. I have read reports blaming the government for its highhandedness against terrorists and that government highhandedness is the reason terrorists have turned against Nigerian children.
I hear that the government has not been fast enough in reporting and seeking help to return abducted girls to their parents. No one seems to be ready to take time to look at Boko-Haram's declaration of war against the country as a fundamental issue and that the the government has tried limiting activities of the evil organization to remote border towns. No one has tried to give the President Goodluck Jonathan the deserving credit for driving the terrorists away from operating in Kaduna, Kano and Abuja. No one seems to remember that before the last two attacks in Abuja, the irritants and children of perdition (I don't know if they are truly Nigerians seeking Sharia as part of legal code) have tried to concentrate their attack on Abuja and north central central area of the country but have been foiled.
The reason for their attack on the country is that they ask the government to embrace Sharia. The government says the country will not embrace Sharia. The attack on the country has begun way back since 2009, and it is part of the inheritance this government has from its predecessor. The president and all Nigerians are under attack. If the terrorists have their way, they will take out the president and his cabinet to install a government of its choice. But the government has tried. One can blame the present government for not having the foresight of the need to amass war equipment - including weapons of mass destruction- to fight the terrorists in its four years in power. Blaming the government can wait until the terrorists have been defeated. And when the blame begins, all the nation's former army Generals would be made to give account of what they may have done with the security votes during their tenure as rulers. If Nigerians who are supposed to show support for the president turns against him, the terrorists would have achieved their objective, and this must be avoided at all cost.
My joy is that Boko-Haram has failed morally for its lack of clear ideological ground for its attack on the country, killing Christians as well as Moslems. Destroying Christian and Moslem places of worship; turning against children in their school hostels is part of demonstration of frustration for inability to achieve its objective. The least one has expected is the terrorists seizing innocent girls from their school hostels. Abubakar Shekau is not ashamed of himself, bold enough to tell the world he will sell the girls or marry each of them away for N12.00. It is not unexpected that the terrorists seizing of our sisters has caused outrage all over the world. It has brought Nigeria and what is happening in the country to the world's attention. Boko-Haram can no longer hide. It is why Jonathan has said Boko-Haram's abduction of those girls as the beginning of its end.
The world can see clearly that Nigeria is confronted by evil forces and their agents, who don't know what they are doing and it is why the earlier blame on the Nigerian military for applying tough measures in dealing with them can be understood. But now, the world can see that Boko-Haram's followers are dangerous animals worthy to be extinguished. I am happy that help is coming from the United States, Britain and France. I am glad to see people are ready to help Nigeria to hunt for the abductors and free the innocent girls. I am glad to see Nigerians acting as one irrespective of tribe and gender, galvanized together for the love of these girls. I am glad that the terrorists have failed to draw Nigerians against themselves. God will bless Gordon Brown for his optimism and expression of love that people are ready to help Nigeria and leading the drive for international assistance for a bruised country.
I have to thank President Jonathan for not having put anyone in jail from the north or south of the country as witch hunt for invisible sponsors of the terror group. Yes, my country of birth may have been bruised by the experience of terrorism, I believe the country will wax stronger and be more united than it has experienced before this abnormal times.