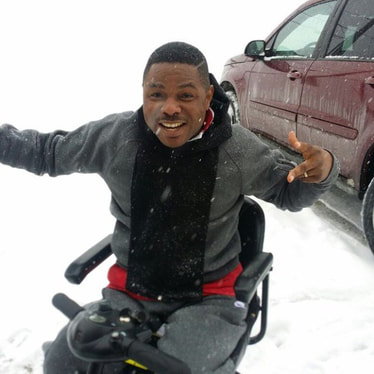 ​Destructive politics is not good for positive development. It is why countries that engage in it have remained backward in comparison to developed countries. Imagine a government embarking on the destruction of a Radio station for political reasons, because the radio is in the act of criticizing the government. However, the government cites contravention of building regulations as an excuse to avoid shame.
And that this has happened in 2018 Nigeria's destructive politics coming after other destructive political tendencies that have characterized the country's recent national politics over the sharing of the National Assembly posts and using the fight against corruption to hound opponents is palpable.
One is not condemning the evil act of destroying a radio station by Ajimobi''s government in Oyo State of Nigeria, all because the owner of the station is wheelchair bound. This criticism arises because the destruction of the station questions the whereabouts of the state governor's wisdom.
Let us look at how fair the Nigerian ruling party has been in upholding the rights of other Nigerians. The country's senate president, Bukola Saraki, a member of the ruling party before decamping to the opposition party has gone through series of witch hunts, all because he has outsmarted his bosses in the ruling part to become the senate president. He has been persecuted for his smartness.
It is not just Saraki's case that has shown the ruling party to be out of control. There are other people under political persecution and the Economic for Financial Crimes being used as instrument against them. Many Nigerians say the moment a politician crosses to the ruling party from the opposition party, the crimes are forgiven.
Many Nigerians are saying that a ruling party that wants its sitting president to win a reelection is going about throwing its weight around the country, careless of destruction to lives and properties, fighting over spilled milk and has now find itself in the destruction of a radio station that belongs to a hardworking wheelchair bound fellow.
From the perspective of what is happening, people are saying that it does not appear that Governor Ajimobi of Oyo State wants a reelection for Muhammed Buhari, because the single act of destroying a property owned by a wheelchair bound fellow may be enough reason for voters to begin to search their brains about who to give their votes against the sitting president.
Everyone is adjudged as equal before the law. No one has said that the wheelchair bound owner of a radio station be given a special treatment or be allowed to break the law. Many observers think it is disingenuous to give a man three days’ notice to correct whatever is wrong with his building, and he goes to court for an injunction, the government is served with the injunction and the government still goes ahead and bulldozes the property without respect for the rule of law. What type of society is that? People ask.
Of course, a society without respect for the rule of law, and where the rule of law is only mouthed, and it is merely a lip service. And news reports have shown that in Governor Ajimobi's words, his government's destruction of the radio station is nothing but a political persecution.
Yinka Ayeifele, wheelchair bound cum musician, who is a victim in the dangerous act of destroying a radio station by Governor Ajomobi is not the only victim of the government's murderous act, but all Nigerians are. If the Oyo State government controlled by the ruling party can do that to a wheelchair bound man, it surely shows that any Nigerian can become a victim of the government's love to persecute people for criticism of lack of performance or anything.
It is believed that  politicians with destructive tendencies don't tolerate criticisms. And it is why a woman here in the United States has said that Aiyefele should thank his stars that no attempt has been made to destroy his dwelling place while he is asleep. Because to her, governments that don't accommodate criticisms are capable of committing murder.
Widget is loading comments...
NEWS AND FEATURES
News & Features Around The World