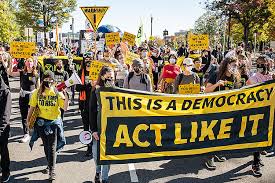 Abiodun Giwa
Eight Nigerians were killed in Maiduguri, Nigeria, few days ago by suicide bombers. 20 people from different countries were killed in Dhakar, Bangladesh, days earlier, while close to 200 people were killed in a town in Iraq few days after the Bangladesh horror.
​   Before the Iraq's mass killing, the news reports said that the United States war planes killed close to 200 members of the Islamic State.
Terrorists have killed people several times in the United States. They have killed people in Paris and Brussels. They have killed people in Kenya too. There is nothing to show that the terrorists are slowing down their killings. The words that have emanated about the terrorists position is that they have lost some territories in Syria and Iraq. Therefore, the terrorists may step up their killing spree.
Aside from the foreign terrorists, who go across their borders to kill innocent people in the land far away from their own land, the same terrorists have perfected a formula for winning followers in far away lands. These followers are called home grown terrorists like the home brewed troubles. Home brewed trouble stems from altercations between police officers and members of the public, and members of the public are often the victims in all these troubles. Home brewed troubles also include all sorts of crimes from murder to get rich quick and rape and all sorts of attitude that are turning humanity upside down.
Just few days ago, we see what the home brewed trouble is capable of causing with events in Minnesota, Louisiana and Texas. Do you think it is only in the United States that home brewed troubles exist? Look around the world, you will find other places with home brewed troubles, because the relationship between the police and misdeeds by the public that consist attitudes that overburden law enforcement, and all shades of characters masquerading as celebrities, that have made the world into a tinder box.
It is not just the terrorists' killings and the killings or the manhandling of innocent members of the public by the corrupt police in corrupt countries, where policing is a form of jackpot, that has made the world look like a tinder box, where no place is qualified to be ascribed with the holiness terminology, but the characters of so many people in so called holy garments, modern day business men in suits, claiming to be servants of God, whose robbery against their own flocks is worse than those committed by armed robbers.
And before you know in your thoughts that no universal religion is free from the dubiousness of holiness, the terrorists have taken their terror to a land often referred as holy land. And you begin to ask whether there is any place holy here. As you read the news in the papers and listen to the show on television about how suicide bombers have caused mayhem in Saudi Arabia, you remember that the other places often ascribed with holiness  in the Middle East do have their own share of the terror, whether home grown terror or home brewed terror, notwithstanding.
Did Cain not kill Abel? Did Jacob not take what belonged to Esau with the connivance of their mother, who favored Jacob above Esau? Is the type of hunger that compelled Esau to give up his birthright, because of  what his brother had that he lacked not today tormenting the 99 percent of the world population, with only one percent of the population in control of the resources?
With these troubles and killings, shedding of innocent blood, whether that of the police by stupid members of the public or that of innocent members of the public by overzealous police officers, and the mad rush to get wealth by almost everyone that has turned into  undesirable hunger for the filthy lucre, how can anyone ascribe holiness to any place in the garbage that is this world? Is there any comparison between this filthy world and the world that is described in the book of Revelation in the Christian Bible that anyone will ascribe holiness to any place here?
Why do humans deceive themselves? The answer is in the book of John 1:8. "If we say we do not sin, the truth is not in us...." and the same preacher said, "You will know the truth and the truth will make you free." It is dangerous that religion has taken away the thinking facilities of higher percentage of the world's population and the politicians are capitalizing on their gullibility to win votes.
After the votes, the campaign for the next election begins and you don't know the difference between a sitting president as belonging to all the country in comparison to partisan politician who does not occupy any office. It is time someone should begin to act like Socrates to teach the public how to think and ask questions to put the lying politicians in their place..
NEWS AND FEATURES
News & Features Around The World