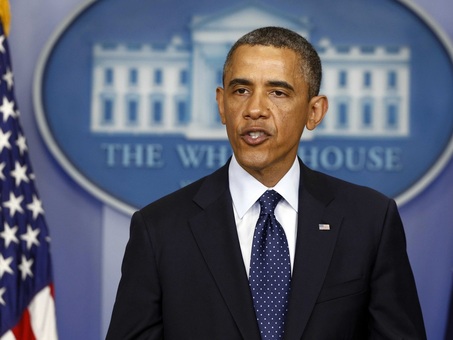 President Obama
"Hard road to travel, I have long, long way to go. I cannot turn back, my faith will see me, see me through," are words of Jimmy Cliff in "Hard Road to Travel". Cliff may have sung from a personal experience.
In truth, Cliff's song represents a universal experience. It is what hits many people on hearing that the President Barack Obama's immigration plan for certain undocumented immigrants in the United States has been put on hold following a court injunction from. Texan court.
It means jeopardy for so many of the applicants who may have anticipated a breakthrough. The sudden suspension of hope for this group of immigrants recalls what some of them said at the beginning that they were not sure of what would become of their expectations. Some of them had said another leadership may emerge in the Congress, their hope would be abated and had reluctantly joined the queue, believing nothing was wrong in trying.
They were right about a journey concocted in uncertainty. A new Congress has since emerged with the a Republican Party that does not agree with Obama on some of his unilateral decisions. As a country under the rule of law, the White House and the immigration or the Homeland Security have no choice than to abide by the court ruling. Although, President Obama and his staff have vowed to fight against the court ruling and hoping to appeal against the Texan court's injunction, it is still s struggle which outcome is uncertain.
Well, it is a hard road to travel. Leaving your country; queuing for papers and working like Hercules to pay rent and other bills, and avoiding anything that would jeopardize your status cannot be anything than a hard road to travel.
The journey can be harder when one is undocumented. How can one go to school or get a job? It is a condition that makes surviving very difficult. It makes a long way seeming longer and dreary. But hopelessness is never part of the bargain. There is always hope. The hard part of it is not knowing when the light will shine on the darkness. It is a journey that requires strong faith.
Research has shown migration is part of human life in search of survival. From the village to the city and another city within one country and then to another country, dates back to the beginning of humanity. No clog will stop the trend.
NEWS AND FEATURES
News & Features Around The World