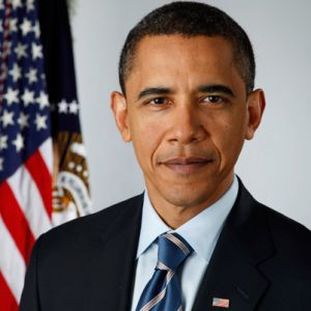 President Obama, when he first assumed office with little or no grey hairs.
President Barack Obama has just concluded a long emotional visit to Europe. He said It is partly a farewell visit as he prepares to step down from office, after eight agonizing years of presiding, over the affairs of the world's number one democratic country.
During one of his speeches in Greece, there was a time he made reference to how he has grown older with grey hairs, in efforts to explain the herculean work of being an American president and his worries about how his party lost the presidential election and what that means to his years in office. .
Obama is not the only one who has taken note of his sudden ageing, while he is still young. People say that George Bush also grew suddenly old, while he was in the same office. This makes people wonder why anyone would want a job that takes away one's youthful looking. Yet, every four years, people gather on podiums to debate among themselves, for Americans to consider them for the office of president.
And when someone is elected president of the United States after a hotly contested election,  there is ovation all over the world. It is like the winner has become the next in line to God in hierarchy. But judging by how George Bush and Barack Obama's legacy have come under the threat of extinction after office, and so much for Bill Clinton too and Jimmy Carter, one wonders if there is anyone who leaves that office with the same the legacy assured of continuity.
It was the Iraq war that nearly destroyed George Bush's legacy before he left office. People still wonder how the guy managed to get a second term with how unpopular the Iraq war made him. Obama with over 50 percent approval is also leaving office with fears of extinction of his legacy. Though, he and his wife, Michelle, campaigned hard with Hillary Clinton, his former secretary of state, hoping that with her success in the elections and her in the Oval office, his legacy will be assured. But the question that this has raised is why does he need to depend on a particular person being in the Oval office for his legacy to endure, if he has actually done something worthy of continuity protection by his successors.
With Clinton's failure to clinch the presidency, the swan song has become the fears of Obama's legacy being rubbished by his successor. Again, this raises another question of when America's politics becomes so partisan against what has been hitherto known around the world that  American politics  is much about successive American leaders protection of their predecessors good works, against the deadly politics in the backward countries, where successor work to destroy the legacy of their predecessors and if possibly make the predecessor disappear. When did politics in America become deadly like the politics in backward countries? 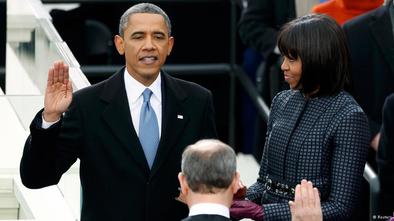 President Obama, during second term swearing into office. He has grown so many grey hairs.
​​​The Obamacare, otherwise known as the Affordable Care is the signature of Obama's legacy. It is the survival of this program that Obama has been fighting to ensure. So, while he campaigned for Clinton, not necessarily for his love for Clinton, but how to ensure that the Obamacare does not come under the hammer of his successor, Donald Trump, who has vowed in his campaign to scrap the Obamacare, which he said is due to the rising cost.
And about two weeks to the election, the Federal Government released a piece of information that the Obamacare will add 25 percent to the current cost for people benefiting from the program. Not many people may have given attention to the government's information about this development, because attention was given more to the Clinton's email and the Wikileaks releases from Podesta's hacked email. In any case, Obama's worry about what will become his legacy has reached its zenith, despite Trump's assurance to leave some good parts of the Obamacare program that are good and beneficial to the public. The media in Europe gives much coverage to the expression of worry about his legacy in his recently concluded visit there. He told Spiegel online during an interview that his greatest success as president is that he ensured the 2008 economic crisis failed to crush the global economy and wonders that people don't fully appreciate the severity of the economic crisis. The New York Times in its Sunday online edition also reports that Obama said his current silence will only be through the transition period and that if his successor attempts to obliterate his legacy, he will join the line of Democrats to mount opposition against it.
​    All the tantrums about Obama's legacy facing extinction may not certain until his successor fully assumes office, because these worries appear based on partisanship. According to Senator Christopher Murphy, in an interview with the New York Times, "We don't know yet, if it is a threat to democratic norms, or to policy," speaking about what Trump's emergence as president will mean to the American public. 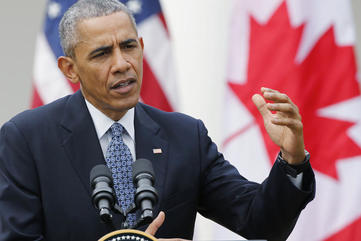 President Obama in 2016, preparing to exit office, almost completely greyed.
Observers say that it is true that aside from the Obamacare program that his administration's effort at staving off what would have been a global economic meltdown as a legacy no successor can obliterate. Many of his achievements like the advancement of freedom for the same sex marriage and transgenders, an issue Trump has hailed as having been settled by the Supreme Court and that he does not intend to overturn the this achievement is another milestone people give to Obama  credit, just like his effort that has put America on the frontline, in the war against climate change.
Some people look at how Obama has become suddenly old in office, like his predecessor in office, and wonder how 69 years old Clinton and 70 years old Trump's decision to run for the office of the American president. How would the new president look four years after the first term, if young men like Obama and Bush became old in office, despite their young age at a time they both assumed office, people have asked.
And people are asking of what history would say about  Obama. And the response, people say, will be he is the first black American president and that after that, all other things, good or bad will follow.
Observers believe that posterity will be kind to Obama, in spite of the current partisan divide among Americans. When Obama assumed office, people thought he would throw everything about Bush overboard, but to the surprise of many people, he retained many of the policies of the Bush administration and one of the major criticisms leveled against his administration at the beginning. .
​
NEWS AND FEATURES
News & Features Around The World