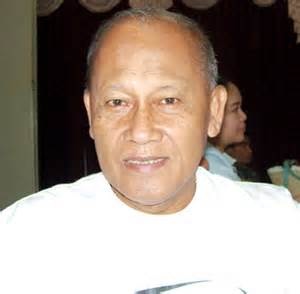 Lim, killed in Philippines
There were five severe attacks on the media around the world between last Saturday and Thursday, resulting in two journalists' murders, one court approval for the closure of a media house, seizure of print-run from 14 newspapers in one country and warning to news outlets to distance Charlie Hebdo's cartoons.
According to the Committee for Protection of Journalists, CPJ, news reports, the two murders happened on Saturday, one each in Colombia and the Philippines.
Luis Carlos Peralta Cuellar was gunned down in his home in Colombia and his wife shot on the shoulder, but responding to treatment. And Maurito Lim fell victim to gunmen in the Philippines. Both men were radio journalists. Aside from the murder of the two journalists, there were other reported attacks in Sudan, Kuwait and Russia that attracted CPJ's condemnations.
In Sudan, security agents seized print runs of about 14 newspapers, a development the country's National Council for Press and Publications, NCPP, described as unprecedented action. The NCPP, a government body that oversees media operations promised to investigate the cause of the government action, as no reason was given for the clampdown.
While in Russia state media regulator, Roskomnadzor, issued warning to six news outlets that reproduced cartoons from Charlie Hebdo and said the papers had committed offense on media and extremism. RBK and Vek news agency and websites Inter Novosti and Kurier Media were the four news outlets that received the warnings. Roskomnadzor, had been empowered since February 2014 to block content without court order.
Much more serious case is the case of a court in Kuwait that upheld government's shutting of A-Watan, a newspaper. The newspaper's publisher Dar Al-Watan had its business license revoked by the government in January based on financial regulations and followed by revocation of the paper's license. The paper's website is still operateing and it is the source of information of Al-Watan troubled times, while it waits for a final verdict on February 22.
Al-Watan was accused of flouting the country's financial regulations. However, the court said the paper be allowed to publish until the final verdict. But the following Sunday, government officials sealed the second printing company the newspaper relied for continuity.