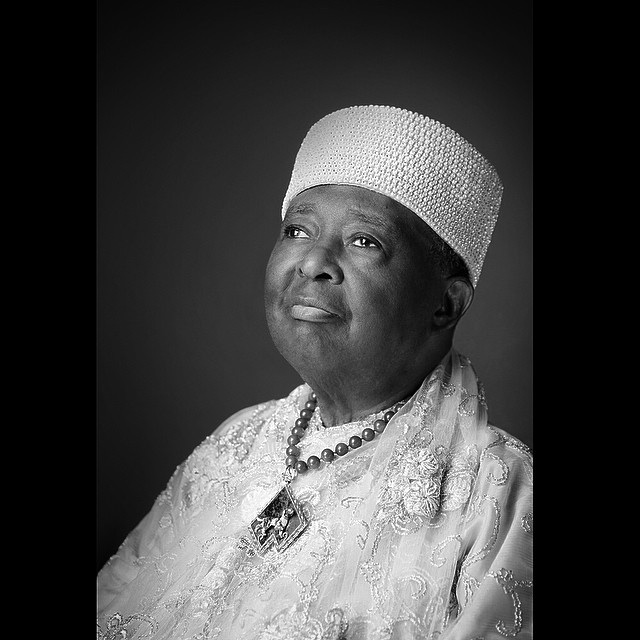 Oba Okunade Sijuade, Ooni of Ife
The general question among Nigerians, home and abroad, especially among people who follow current affairs, is whether Ooni of Ife, Oba Okunade Sijuade, still alive against media reports, or whether he has joined his ancestors. If he has joined his ancestors, it means he is in an un-winnable fight, as the tradition of Ife people, South West of Nigeria forbids saying their King has joined the ancestors.
People have expressed agreement that the people's tradition must be respected, no matter that we are in the 21st Century. The argument that arose over a media report that disregarded the Ife people's tradition about life and death regarding the King's situation has not abated.
Manifestly, Oba Sijuade has not appeared in the public to assuage his subjects that he is well and alive. The development has heightened further media reports that the first report about Oba Sijuade was correct and that his body may have arrived in the palace for final traditional rites, based on unconfirmed media reports, against the palace chiefs' earlier rejection of the report.
It is running to two weeks when the media reported that Oba Sijuade's body had arrived in the palace. Observers are saying that the report could be true and it may be otherwise, meaning that there is no verifiable way to confirm the truthfulness of the reports. And just three days ago, one of the newspaper in Lagos that says it is the voice of the people published another report affirming that the King is already in an un-winnable fight; that the body has arrived in the palace and that the body is kept in an area, where the King is customarily given his crown and that the body is undergoing traditional rites. The report was a lead piece on the front page.
The reports said further that the body is being kept from rotting by the use of traditional means, which raise a question about whether or not there are traditional means anywhere in the world that can be used for preservation of a body that is supposed to be in the morgue, for three weeks and without the use of the morgue. Observers feel that this area of the news report presents something that is wrong with journalism as being practiced in regard to the reporting the life and death of Oba Sijuade.
Everyone agrees that tradition exists and that people's tradition should be accorded deserving respect. A news report said a King had died and the King's chiefs said the King had not died and that he was alive, hale and hearty. The chiefs asked for the people's tradition to be respected; that if the King had died no one could just go out there and say the King had died without verification from the palace. The argument here is that the tradition forbids saying the King has died, but that  "O waja" - the King has sought to engage in a fight.
Yet, without verification, a section of the Nigerian media has continued to publish stories about the King disregarding the chiefs' request for necessary respect for Ife people's tradition. People are saying it is possible the King is alive and that it is also possible the is in un-winnable fight, but if the tradition forbids reporting the King is in an un-winnable fight, why shouldn't the media in the locality respect the tradition, especially after their attention has been called to the need to respect tradition?
Of course, observers like this reporter think it would have made a big difference if those media reports have been accompanied with photographs to convince the reading public that the report are indeed truth and verifiable. The public has been informed that the King's body has arrived Ife, but there has been no photograph to show the motorcade that may have accompanied the vehicle that brought the body to Ife from the Lagos airport.
All that I have read is that the body was brought into the city under the cover of darkness and tight security. I have also read that the King's body is lying somewhere within the palace awaiting or undergoing traditional rites, but there has been no photographs showing where the body is said to be lying, and of the body that is awaiting or undergoing rites. And in between these unverifiable reports, one of the King's children got married in an elaborate ceremony in Lagos without the King in attendance.
Well, people are saying that it is possible for the King to be alive, probably still in the hospital receiving treatment or convalescing. But what has drawn people's anger is the nature of the unconfirmed reports in the media, and the way it has affected the respect for the media, which would remain, even if by tomorrow the unexpected news about the King being in an un-winnable fight surfaces.
NEWS AND FEATURES
News & Features Around The World