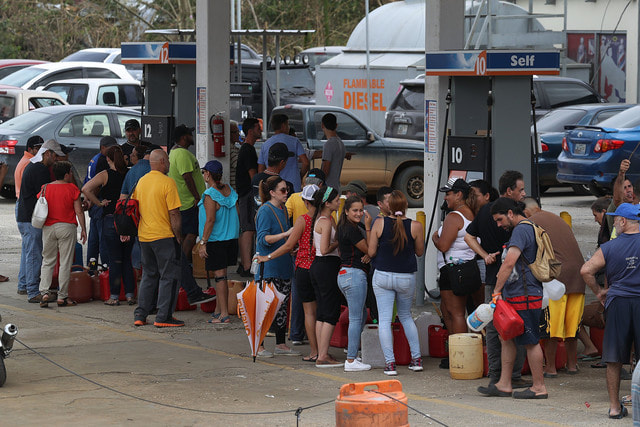 Puerto Ricans striving for survival from hurricane's impact
Hurricane Katrina devastation of Louisiana in 2005 was the first act of evil that shows hurricane's hatred against progress and beauty.
Louisiana and her people's beauty was the sin against Katrina. So much for Texas and Puerto Rico, and those Caribbean Islands, reeling with the impact of hurricane's evil.
In September 2002, when I first arrived in the United States, after a seven days stint in Miami, Florida, where I attended a business conference and moved to New York, what quickly prompted my decision to abandon Miami was the news about impending hurricane and the its danger to humanity.
Miami and her residents are beautiful. Nothing would have wrong for me choosing the place as my next home, but the fear of hurricane pushed me to step on the next Amtrak train to New York. I did not know hurricane in Nigeria. I was not in Miami  to grapple with hurricane. But least did I know that the same evil hurricane will be coming to New York area 10 years later, after I left Florida for New York, running away from hurricane.
When Hurricane Sandy hit the North East, New York was devastated, just like Louisiana did in 2005 and humbled George Bush's  government. New York is beautiful like Louisiana, financial capital to America as a home of progress. America is also a home to beautiful people: White, Black and Mulatto, a combination of fine humanity.
It was apparent that as the hurricane seeks whom or where to destroy, that the beautiful people of Puerto Rico, the home of current "Despacito" song, would not be spared. Because as the scripture says, hurricane as the personification of the devil seeks whom and where to destroy, just like the devil seeks good homes to destroy.
Hurricane Maria got Puerto Rico and very badly too, making the devastation in Texas, Florida, North East and Texas, before Puerto Rico something like a child's play. Unfortunately, a dam gave way in Puerto Rico like it happened in Louisiana, when the levies collapsed, and worsened already bad situation, water assailed the land and lives endangered amid darkness, due to loss of power.
But people are praying for Puerto Rico and help has been pouring in that area of beautiful women and friendly men, shaming the hurricane and its power to destroy, with hope for the survival of Puerto Rico. People are praying and saying with optimism that if Louisiana, North East, Florida and Texas have survived the hurricane's battered experience, Puerto Rico too will survive it.