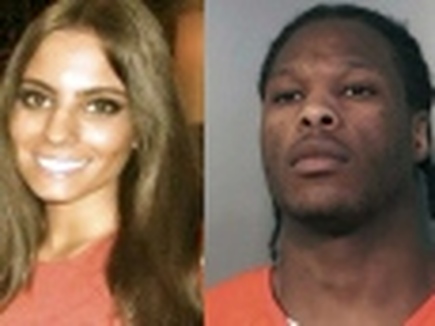 The case of accidental killing of Andrea Rebello, the Hofstra University’s student the police tried to rescue  from a felon had reopened discussions about societal imperfections and when the police could use or not use the maximum or minimum force.
This discussion is a reminder that we live in an imperfect world. If the world is perfect, there would probably have been no police. Policing was invented to curb criminality. The police have in turn invented several measures aimed at enhancing and ensuring the society is safe. Some of these measures have the approval of the society through legislations. One of such measures is the stop and frisk, empowerin the police and search people on the street.
Despite having been a victim of stop and frisk by the police in New York City, I still believe the police do it to keep the society safe. It is by chance that a felon- Smith - who caused Andrea’s death has not been rearrested through the stop and frisk measure for him to go back to jail, having reportedly jumped his parole.
One cannot be against stop and frisk because of the knowledge that the police are doing their best to keep an imperfect society safe. The police seek to arrest the criminal who dodges the police and seeks to kill a police to be safe away from prosecution and jail. Whenever the police accidentally kill in self defense, the society casts aspersions, either for the police killing in self defense or for using maximum force when minimum force would have been sufficient.
All of these acts were acted last Friday in the Long Island home where Andrea was accidentally shot by an officer, because the robber used her as a shield from getting arrested or shot by the police. If the felon had surrendered himself, he would have been on his way back to jail since he was already wanted for violating his parole. He was reported to have told those he held hostage that he did not want to go back to jail.
The felon did not want to go back to jail and the police feared he could pull the trigger to kill Andrea
as he had warned, and may also kill the police to get away. The police decided to get the felon, and unfortunately got the felon and Andrea. Would Andrea’s life have been spared if the police have not fired eight times, and would the police have been victim of the felon if he has he not shot that number of times? There is no way of knowing.
What is worrisome is the disclosure about the felon as a parole violator, a reminder of the number of parolees that have violated the parole, showing that paroling of criminals who should be left behind bars constitutes danger to the society. Secondly, it was wrong to have described the crime that caused Andrea’s death as a crime of opportunity with the felon carrying a semi automatic weapon. What was he doing with the weapon? He did not want to be back in jail and still committing crime.
Even though we live in an imperfect society, we all reserve the right to be free in our homes, rush outside to park the car leaving the door briefly open for that moment. If a felon slips in with a semi-automatic weapon because he sees the door open to commit a crime, he should be held responsible for his acts, and not blame the home owner for opening the door to perform a lawful act.