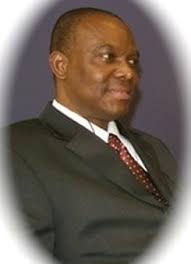 Abiodun Giwa
The woman always let the man know that she has her own power too to make the man uncomfortable, whenever the man pushes his own luck too far. And her power is her ability to deny the man access to the enjoyment of that part of her anatomy, which he believes belongs to him as part of the power accorded him by the rites of marriage, because of the woman's submission to him as demanded by nature and law. The man actually thinks and says that the woman and her entire anatomy is his!
The woman always makes it known that her submission to the man does not represent weakness. An attempt to assert her own power. Though, all religions require her submission to the man and for the man to love her in return. Whenever the woman clams up the essential part of her body that the man claims belongs to him which actually belongs to her, life becomes miserable for the man. The man can hardly do without the woman's sweet fruit.
Whenever the woman. Is on the war path using her power and the man decides to seek the fruit elsewhere, the woman begins to talk about cheating and the threat to wreck the boat becomes an order. The woman knows that the power to date more than a single person at a time by the man is jeopardizing her own power to discipline the man's sense of power play. Therefore. she is seeking every means to limit the man's power, and possibly get the society to remove the stigma that comes with the knowledge of a woman dating more than one man at a time.
The limit of the man' s power is his inability to limit the weakening of his own natural power. And the woman's natural power hardly weakens. Some people believe and say that ss she grows older and the ol man at homes becomes weaker, she wants a younger fellow as lubricator.
A man is obsessed with his love for his woman enough for him to become insane, for the woman to suddenly announce end of relationship. this explains the different in the nature of the man and the woman. The man is open and does not know how to hide his feelings. Unlike the woman who is secretive and manipulative.
How the woman is able to make the man love her so much that the man seems not to have the ability to call off
a relationship, unlike the woman except in a case of suspicion of the woman in double dating, is difficult to explain. If you have seen a man who claims to be strong outwardly but becomes like a jelly fish behind the walls, when challenged by his lover.
The battle of the sexes began from the Garden of Eden, the home of the first couple. The battle has taken several turns and twists. In many climes, the man is the natural head, while the woman is seen as a helper.
​   However, in certain climes, the law has strenghtened the woman's position and the man does not know what to do than run away from the house. In such climes, you see many homes with the woman and her children without the man to instill discipline, and the negative effect is said to be much on the children.
For the man and his wife or the woman and her husband, marriage between them has become a bed of thorns, a source of high blood pressure and a dueling ground for superiroty between the man and the woman.
HTML Comment Box is loading comments...
NEWS AND FEATURES
News & Features Around The World