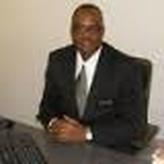 Abiodun Giwa
Raise the issue for discussion among men and women, few will be ready to be candid. Some will behave like they are Angels, who don't love sex and will only want to touch it with a long pole. To some, sex is taboo that should just be left out from open discussion.
Yet, there is hardly anyone who don't engage in sex. Kings and their queens, the rich and the poor and commoners do it. People have sex for either enjoyment and fun and procreation. Sex has no respect for religion, unless those who abstain and don't want to have children. No one can claim innocence, when it comes to sexual sin, unless the very few who may have chosen to abstain and only they know whether they are innocent or not.
Behind every wall in all homes, there are people in the act in the act during the day and night, irrespective of seasons and the weather. Wars don't stop people from affections and resultant sexual interactions. Many men and women of God have lost the calling for falling to the allure of sex. It was sex madness that Martin Luther saw among the Church leaders that propelled him toward starting his own Church.
It was sex that caused the rift between political leaders and the Church that resulted in the break up of the Church and the divisions and the falling apart of the Church. The other universal religion believes it is wiser to allow the man to go polygamous to save humanity, giving the man power over the woman. But sex always have a way of going around any frame work to assert its power.
Sexual intercourse has developed beyond just a man climbing on top of a woman and destroying her. It has evolved in every sense of the word from the woman seeking intimacy and game play - to put her in the mood, to different types of sex positions, which enhance enjoyment for both doers.
The woman no longer wants to be forced by the man into the act. She wants to get into the act willingly without being coerced. Some men still say that sex is more enjoyable when the woman is coerced and forced into it. And depending on location, forcing a woman against her will is legally considered rape, while in others men still go free using their power without questions.
The man wants sex and he is incomplete without it. The woman wants to be cuddled by the man and be made to feel warm. Both cannot do without the other. It explains the essence of marriage or marital life and the continuity of humanity through procreation. The woman knows that without her the man cannot have children on his own and the knows that without him the woman can do nothing to have children.
The family's foundation is based on marriage and procreation. Therefore, the man must be capable to  make the woman pregnant for children to come. If the man is unable to impregnate the woman, he is said to be impotent. No man wants impotency. Potency means  power to the man and the ability to make the woman accepts him as strong and capable.
When a man is unable to impregnate the woman after marriage, curious members of the family and friends ask questions about when to expect the bundle of joy. Many people say that inability of the man to satisfy the woman sexually is capable of killing a marriage. For the man to maintain this power, and for him to continuously enjoy the affection of the woman, he must be conscious that his sexual power and energy to satisfy her does not diminish. (To be continued).