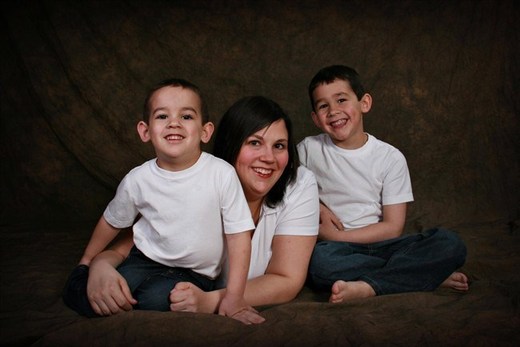 The two boys killed by a snake (Courtesy: MSN.com)
Snake is nobody’s friend. Yet, we hear some own and maintain it as a pet. The revelation often attracts a question such as “Own a snake as a pet?” It is the question that followed me out of the office on Monday evening after I read the news that a snake escaped from where it was caged by its owner in New Brunswick, Canada, went upstairs through a vent and killed two innocent boys, who were friends to the son of the snake owner.
In a BBC report of police investigation into the incident, the snake’s owner said that his son slept in his own room and his two friends slept in a different room. The snake went into the room occupied by his son’s friends and terminated their lives.
The thought of the two boys who were killed by the snake followed me home from work. How could a snake leave its cage, go upstairs and kill two innocent boys? The thought of the reptile and my fear of it from my youthful days resonated continuously in my mind. Stepping into my apartment late in the night, I watched carefully there was no uninvited deadly guest waiting for me. I knew there could not have been any, because all the windows in the apartment were shut before I left for work.
Certain there was no abnormality of any type in the house, I went to bed with all the windows shut as a precaution against any escaped reptile. Unlike my usual inclination of leaving a bedroom window partially open through the night. I have fear that one may never know if there are neighbors with reptiles in their homes, since the Canada’s story is not the first incident in which innocent children’s lives have been ended by reptiles. I woke in the morning feeling unwell from stuffy and frigid atmosphere despite a fan worked throughout the night. I went on a memory lane about a past encounter I had with the dangerous reptile. I had never had a good encounter with it and remembered how a younger brother to my father’s second wife boasted that he could handle a life snake and I watched him with wonder.
My first real encounter with a snake was when one was announced as moving across a bedroom door in our home when I was a kid and found its way out of the house through a hole in the wall. It was never located and that prompted my father to quickly get a new accommodation for the family. The second encounter was in a farm where my father had left me to work and uproot the weed around growing maize stems, while he went and paid attention to his official duty in a school where he worked as a laundry man. I saw the snake among the weed and ran off the farm. As I ran, I saw that the snake also ran away from me. But its running away from me did not dissuade me to look behind. I continued my running until I arrived in the school compound, where my father worked and I announced to him what I saw.
My father held a cutlass and led me back into the farm. He bent down, cleared the weed over a space enough to assure me the snake had fled and told me the snake must have ran away and I could continue clearing the weed. I refused and said the work could continue another day. Later, as an adult after I became a Christian, I learnt the evil the reptile had caused between a man and a woman called humanity’s first parents, and the curse from the creator who had put the first parents in the garden for their disobedience caused by the snake.
“Because you have done this, cursed are you above all cattle, and above every animal of the field. On your belly shall you go, and you shall eat dust all the days of your life. — Genesis 3:14. And it says further in the preceding verse, “And I will put enmity between thee and the woman, and between thy seed and her seed; it shall bruise thy head, and thou shalt bruise his heel.” This is where I traced the natural fear for the snake. I am not against anyone who wants to have snakes as pets, but the authorities must ensure that such snakes are not poisonous or dangerous to human habitation. The mayor of Campbellton in New Brunswick said he visited the store where the snake escaped and killed two innocent boys about two years ago, and that the owner complied with all required regulations.
If the snake that has killed the two boys is not dangerous, the boys will be alive and we will have no cause for sorrowing now. The incidence in New Brunswick reminded us of another of its type in Florida when a snake kept by step father of a two years old girl escaped from the aquarium, went into the girl's room and killed her. In another incident here in Putnam, New York, the owner of a snake was reportedly killed by her own snake. Some people say they hear people keep snakes as pets, and describe keeping snakes as pets as crazy and dangerous,