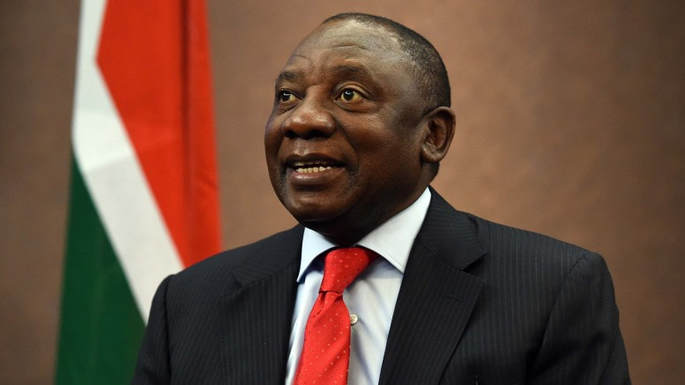 Cyril Ramaphosa emerged victorious in the election for the ANC's president on Monday and becomes the leader to replace President Jacob.
Zuma.Ramaphosa defeated Nkosazana Dlamini-Zuma, former wife of the outgoing president with a slim margin.
Ramaphosa's victory confirms President Zuma's statement at the elective confrence that there is internal democracy in the ANC, and that South Africa is capable of rebounding with a demonstration of freedom.
Very few obsevers had thought Ramaphosa could defeat the former wife of a sitting president, and a sitting president who did not hide his support for the former wife.
Many observers see Ramaphosa's victory as a rebirth for for the ANC and South Africa from the corruption allegations laden years of Zuma's administration, and that the Zuma's years will be behind the country as a new leader emerges pivot the party with the hope of winning the country's presidential election in 2019.
As the party with overwhelming majority in South Africa, Ramaphosa may be a president in the waiting, just like if Dlamini-Zuma had won the party's president's election, she would have been the president in waiting to succeed her former husband, and the ANC would have been seen as undemocratic and that the powers within the party had killed democracy in order to favor her.
But the election's result in Ramaposa's favor has put an end to all that. As a vice president who is expected to succeed his boss, whose rrealtionship the politics of succession almost tore apart, Ramaphosa is expected to heal wounds and put South Africa back on the road to global respect that Nelson Mandela brought the country.
The ANC and South Africa are on the road to be fully unbound and free from Nkandla scandal, from Gupta family State capture and from the fear that the ANC has taken the country into a state of despair and from which recovery is impossible.
NEWS AND FEATURES
News & Features Around The World