Speed - Cause of Train Derailment
2 December 2013 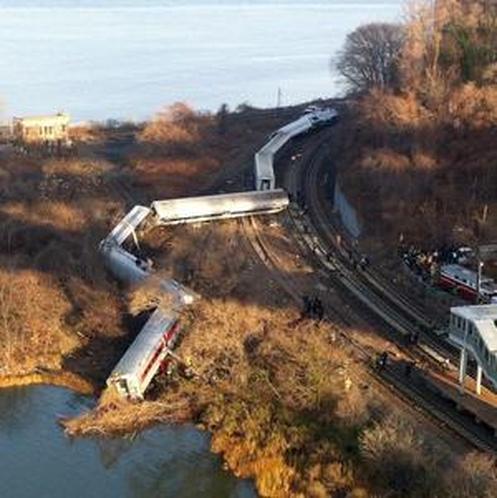 The National Transportation Safety Board,NTSB, leading  investigations into the Bronx train derailment  said that speed - double of what is statutorily required before reaching the curve - was partly responsible for the train accident.
The train was said to be running at 82 m.p.h, instead of the 30 m.p.h allowed at the curve.
The train's speed and break are two areas investigators are said to be looking into, to verify the cause of the accident. Sources say it is the first train accident that has resulted into passengers' death in a long time.
One of the train's conductors is said to have been severely affected by the accident based on her account of the bumpy, bumpy experience following the derailment, leading to her hospitalization and surgery that may take her months to recover.
Information revealed that people living in the neighborhood of the accident came out and helped passengers trapped in the train cars, who could not make it out on their own.
Expectedly, the accident caused disruption to commuter's travel schedule and who added additional hours to accomplish arrival at destinations.