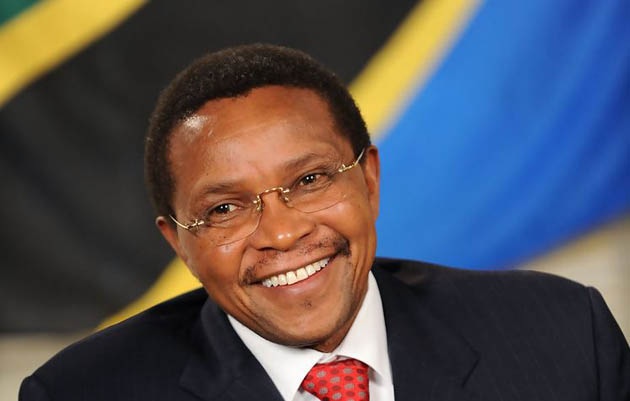 Tanzania's President Jakaya Kikwete
A newspaper has been banned. And the reason given for the banning is different from the reason it has been banned. You don't get the real gist until you have read to the middle of the news report.
The lead tells the reader the paper has been banned because it has not been registered in the country for twenty years. After about five paragraphs of reporting, you come to a paragraph that says the newspaper's Bureau Chief has been grilled over reporting and accused of negative agenda against Tanzania, its host country.
This is about a matter between Tanzania and the East African Newspaper, banned in Tanzania last week for negative reporting and distasteful cartooning.
According to Kenya Daily Nation's report, Christopher Kidanka of East African Newspaper was interrogated last Wednesday by director of information service and spokesman for the Tanzanian government, Assa Mwambene, over discontent with the newspaper's reporting and analysis, and accused the newspaper of negative agenda against Tanzania. Mwambene is worried about a recent opinion criticizing Dar- es-Salaam administration's position on Democratic Forces for the Liberation of Rwanda (FDLR) rebels in the Democratic Republic of Congo. He also frowned against a cartoon, which he said demonstrated bad taste and disrespect to the person and office of the president.
Thus in a letter of January 21, the newspaper was asked to immediately stop publishing, printing and circulating in Tanzania, until it may have officially been registered by Registrar of Newspapers in the Tanzania Information Service.
It is another cartoon offense. Thank God it has not resulted into a shooting and killing fiasco. But the decision of the Tanzanian government for banning a newspaper for a reason different for what the newspaper has been questioned about should be of enormous interest to people with interest in the struggle for media freedom. It shows the extent people in public authority can go in lying to achieve a negative agenda against the media.
Apparently, there is also a lesson for anyone wishing to run a newspaper business to ensure it registers the business and expect no favor of any type from government or officials. Officials of the East African newspaper argued in the report that the newspaper has been operating in Tanzania for twenty years and cannot understand why it is now that the Tanzanian government has to ban it for not having been registered.
Both the newspaper and the Tanzanian government has committed an ethical infraction. The newspaper for operating without registration and the Tanzanian government for making lies an acceptable official way of business.
NEWS AND FEATURES
News & Features Around The World