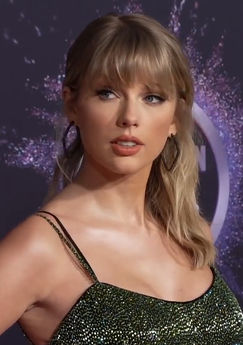 Taylor Swift
"If you never bleed, you never gonna grow," Taylor Swift sings in Folklore, a reminder of the saying that says "If you have not learned a lesson, you will not make progress. Growing up and  making progress are similar in usage, the essence of learning and experience in an imperfect world and human relationship that is full of flaws.
Swift has a message for young people and old people alike. the need to tread carefully and be careful in our choice of relationships, presents Cardigan as a character who bleeds before realizing her shortcomings for believing in a man's words about the special place she occupies in his life, when in fact the opposite may be the case..
"You draw scars around my stars and now I am bleeding," Swift sings in one of the titles in her latest album captioned Cardigan, following an experience in a relationship with an unnamed partner and seemingly a missed opportunity. "We were something, don't you think so?
"Roaring twenties, tossing pennies in the pool and if my wishes came true, it would have been you." These lines contradicts the early lines in Folklore that says "I am doing good. I am on some new shit," before a tone of regret sets in, "Been saying "Yes" instead of "No", and followed by a real troubling and state of confusion, "i thought I saw you at the bus stop, I didn't though."
After listening to Folklore and wondering who the character is that talks about if you never bleed, you never gonna grow up, you discover as you listen to Cardigan that Cardigan is the character in the song. And that it about the life of Cardigan as a young and old person likely blindly and carelessly fallen in love.
When she is young she hears the man in her life saying she is the favorite in his life. Swift presents Cardigan' life as a young and lover, and that when you are young people assume you know nothing and gives a description of a carefree young person in vintage tee,brand new phone and cobblestone.
Swift sings that a friend to all is a friend to none, a warning to women from having multiple relationships at the same time and to men who may lose the one meant for for him by chasing two at the same time. Both experiences  are capable of ultimately leading to a bleeding experience. It does not matter whether one is young or old. There is a portrayal in the songs showing the young woman thought to be naive is not afterall and that same application of is required by the old and the young for successful relationship.
Swift sings about men who meet some women on the internet and take them home, and that we ere never painted by the numbers body, but we make it count anyway. Leading to the end of the greatest love of all time.
​
Comment Box is loading comments...
NEWS AND FEATURES
News & Features Around The World