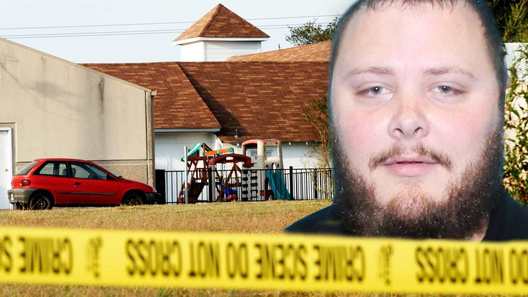 A murderer worse than Cain
Everyone is mourning, irrespective of religion. Christians are mourning and non-Christians too are mourning, amid a question "Why in a Church?"
It is the major question that has pervaded the air since the Sunday morning termination of 26 innocent lives by a deranged gun man.
The Texas' murder story sounds like and reminds observers of the popular title "Murder In The Cathedral" by T.S. Eliot.
Though, Eliot's work is a fiction, but it is based on the murder of the Archbishop of Canterbury in 1170, and a prove that murder can take place in any place, and can involve the life of anyone.
No place or person is exempt from falling victim to a crime and no place seems to sacred any more.
It is natural that whenever it happens as it has been witnessed around here several times, it takes us on a memorial journey as done by the news media about the killings in Orlando and Las Vegas and other places and decrying the gun menace. But when a whole family of eight and children are victims of a murder as in the case in Texas, the entire society is forced on a soul searching journey beyond the gun menace.
Anytime people are killed with violence, it reminds us about innocence and whether it still exists. The first murder came very close to the foundation of human life with the Cain's slain of Abel, his own brother. There was a reason why Cain murdered Abel. There is nothing that has happened on earth that has no reason behind it. Remember that when Christ entered the Church in Jerusalem and drove out the traders, he accused them of having turned his father's house into the den of robbers. And when an evil happened to people who were not his disciples and he was asked why it happened, Christ said it could happen to anyone. Innocence died long time ago before Christ. Christ's crucifixion itself was a demonstration of the death of innocence and that we are in a destructive and ghastly environment.
About 31 years ago, a young Nigerian news media photographer named Paul Akhalu, went on an assignment and became a victim to robbers, who stole the bag that contained his camera and pushed him out of a moving vehicle. He barely escaped and remained alive to tell his story to his editor-in-chief. His editor-in-chief, Dele Giwa, in an article titled "The Death of Innocence", said that one question Akhalu asked was why that should have happened to him as a Christian, though he saw it happening on daily basis to others. And that people expected that Christians should be spared that horrible experience.
As a writer, the editor-in-chief reflected on a form of competition that he said lacked fairness and the resultant killing of others in what he saw as deadly competitions all around the world, in which no one cared about what happen to others, and that the Nigerian experience represented a shadow of the global hell. Just as the reason advanced for Cain's slain of his own brother was unjustifiable ar representing a phenomenon of unfairness, so are the murders of today unjustifiable.
The Orlando killings is unjustifiable. The :Las Vegas killings is unjustifiable. Christ's crucifixion is unjustifiable and so is Dele Giwa's murder in Nigeria and Martin Luther King Jr. and President John Kennedy's murder. The Bible says' "Thou Shall not kill." Cain was killed before the advent of the "Ten Commandments." Yet, people have continued to kill others after the advent of the Ten Commandments."
Few weeks after writing "The Death of Innocence" piece, Giwa was given a bomb in his own house. Let no one think this thing cannot happen to him or her. The people killed in Las Vegas never could have thought it could never happen to them. The same is applicable to those slain in New York few days ago, and the same is applicable to the victims of the Church slain in Texas. People killed on September 11 in New York went to work and not to die.
There is no more innocence.here. We are told that the death of Christ was to reconcile the world with the creator of this ghastly world, and that Christ would be coming to take those murdered that belong to him. The words of comfort from Texas by those left behind by the victims of the senseless murders, that they expect to be reunited with their loved ones at Christ's next coming reflect their strong belief as Christians.  .
Every morning, kiss your wife and children, as if it is the last act of love from you to them, because it is impossible for anyone to say where and how the last minute will be, because there are many bag guys here around in the world seeking happy homes to wreck, just as there are good guys, seeking to help others build happy homes.