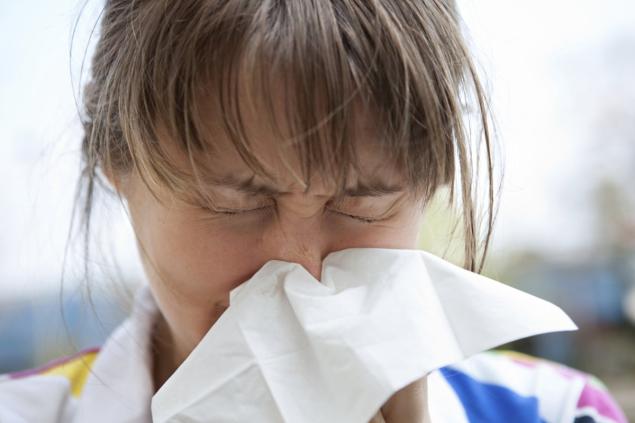 A display characteristic of people suffering from allergy (Courtesy: MagaritaBorodina/GettyImages)
The Spring season following the end Winter is mostly welcomed among residents in winter beaten area of the United States. But as sweet as the arrival of the Spring is, heralding the arrival of Allergy ailment is what many people detest.
Many residents here believe that Allergy is the spoiler of the arrival and the beauty of the Spring season, which would have assuaged the suffering from the harsh cold of the winter.
Many people say that for the reason of the suffering that accompanies the allergy infection, they  would wish that the Winter season never ends, because of their knowledge of what would immediately follow the Winter season. The attack from the allergy infection also called the 'Hay fever' is said to be a respecter of nobody. Some people say they have successfully evaded the allergy infection, while others have not been so lucky.
For those having their first time encounter with what is simply called ' allergy' here, they describe it as having an experience that make they think they will die, characteristic, sneezing, body ache and reddish eyes with blocked nostrils  The reason people say they are afraid death is near is clear because people infected cannot breath freely the way they do before the infection.
When one travels in a bus or train or walking along the street or working in the office, a ready handkerchief that is always around the nose to clean running water or force mucus out of blocked nostrils is a common sign to know people with the infection. It is also common to sneeze with such a force, repeatedly and accompanied with coughs. The infection is at times mistaken for Flu or cold. It is said to be caused by fallen pollen from flowery trees.
The allergy season is a time doctors are besieged by patients, who seek medication to cure the infection, while over the counter medication are sold briskly, because there is no way people will not seek these medications being the only way to escape lessen the discomfort from the allergy.
A Daily News report says, "Classic allergy symptoms occur in the eyes, nose, and throat, including itchy, watery eyes; nasal congestion; sneezing; runny nose; dry eyes; scratchy throat, and sometimes sinus pressure or itchy ears." The report says that just about everyone is at risk for developing spring allergies — they affect people regardless of race, ethnic background, or gender, and that people who have a history of eczema, food allergies or asthma are more likely to have them.
Historically, the season is said to begin around March, when Winter is ebbing and ends in June at the approach of Summer. Imagine the beauty of the Spring and the expectation to escape from the hard cold of winter and then to fall into the hands of merciless allergy.People say that they can manage the coldness from Winter and the heat associated with the summer, but certainly not with the allergy that comes with the Spring.
It is better not to have the allergy. But since people will not announce they don't have it, one can know those who don't have it. But the sufferers at times announce that they have allergy. When they are asked whether they have cold or are sick, they will respond with "I have allergy." A way of saying or an excuse that they are not sick, because that allergy is considered not a sickness, but a seasonal inconvenience that no one likes to have, but which nonetheless cling to many peoplewho have no choice of rejecting it.
NEWS AND FEATURES
News & Features Around The World