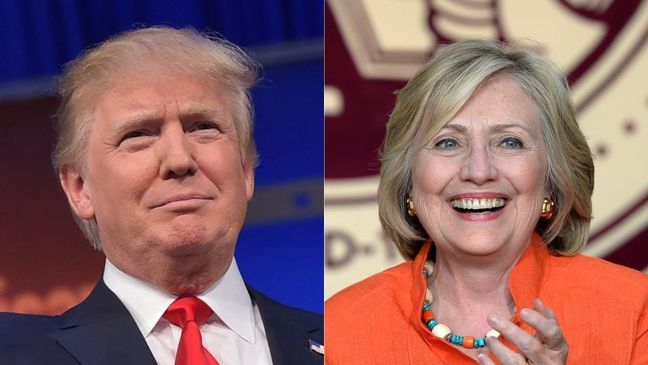 The United States' presidential election in November between the Republican Party candidate, Donald Trump, and the Democratic Party candidate, Hillary Clinton, offers a lesson in modesty and managing uncertainty.
​    The first lesson from the contest so far teaches that when we see our fellow human having difficulties, we should not compound his or her problems, by using his or her difficulties against him or her.
When Trump was faced with the opposition from the party's establishment, his opponents assailed him by joining his party's establishment in describing him as a dangerous person, a demagogue and incapable of being trusted with the nuclear bomb! It was least expected that his opponent will also be having a bigger trouble that will shake her party's establishment to a point of forcing the party's chair to relinquish her post amid preparation for the party's convention.
The world saw Trump defeated the mass of opponents in his party to emerge winner and eventually became the party's nominee. There were only three contestants on the Democratic Party's platform and remaining just two to the end of the contest. Without anticipation, the Democratic Party, just like the Republican party, took acrimony arising from the primary elections into their convention. But the acrimony at the Democratic Party's convention was bigger, far far bigger than the acrimony at the Republican Party's convention.
Why? Members of the Republican Party were more open in their disagreements than members of the Democratic Party. There was no feigning of unity in the Republican Party. The establishment did not want the outsider, pure and simple.The Democratic Party feigned unity among themselves, whereas what existed within was worse than the battle between God and Satan, the battle that resulted into the banishment of Satan from heaven. Hillary Clinton is an angel and Bernie Sanders is also an angel and all of them in their party are angels.
No one in the Democratic Party has committed an act of indiscretion capable of standing between him or her and the high office. The Washington establishment currently under the control of all Angels' party are putting up a fierce struggle along with their media to stop the outsider, who has earlier been labeled satanic by some members in his party's establishment in the bid to stop him. In Science fiction, the current scenario in the United States' democratic practice will be labeled ''we' and the 'others'. The 'we' will stand for the establishment, and the 'others' will stand for the outsiders.
Americans have been crying about the way businesses are run by the Washington establishment and that they want a change. Many people believe and say that the Republican Party's establishment has fallen a victim to the outsider for Americans' desire for change. The establishment goons in the Republican Party and their financiers are not letting go, despite humiliation of their candidates in the just concluded primary elections. There is nothing they have accused the outsider, who has defeated them, other than that he is a demagogue and dangerous. They don't seem to realize that the voters are the ones who have decided the establishment's fate at the polls.
The outsider's immigration plan, which curious observers say represents the best immigration plan so far, is being used by the establishment to tell immigrants that if the outsider wins, all immigrants will return to their countries. They have been using the outsider's proposal of a temporary ban on Muslims as a way to address terrorism as smokescreen in their declare war to stop the outsider. The Washington establishment's men and women are scared of what the outsider has done to the Republican Party establishment, and they are ready for the battle of their lives, against the outsider. They say he is a demagogue and he is dangerous to be trusted with power. They and their financiers are doing everything to stop this other person from the outside, just like the bigwigs in the Republican Party had done.
They are careless about their own best candidate's demonstration of indiscretion as said by the director of the FBI and their entire party's lack of indiscretion as shown by Wikileaks' publication that has caused the forcible resignation of the party's chair. A primary election that ought to have been made a level playing ground for the contestants is reportedly said to have been made level for one candidate and a higher ground for another. No, the Washington establishment will push all these acts of indiscretions under the carpet in other to maintain the status quo against Americans desire for a change.
Just like the voters decided the fate of the outsider in the Republican Party's primary election, because the party had a level playing ground for all its contestants, the same voters will decide the presidential election in November. The choice will be between the establishment and the outsider.
​
NEWS AND FEATURES
News & Features Around The World