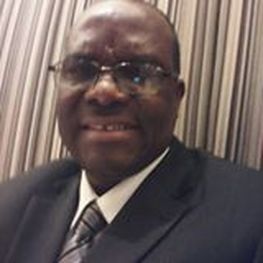 Abiodun Giwa
People rarely hear this song, "Felis Nabida, I just want to wish you a Merry Christmas from the bottom of my heart," unless it is close to that time of the year. It signals the movement of the year towards an end, and the coming of another year.
By the time people begin to hear the music through radio waves, Christmas trees have begun to appear in vantage public areas. The radios begin to render different types of music about the magic moment that beautifully assault the ears anywhere one finds himself or herself, with a reminder about the beauty of snowfall that characterizes the environment in the North East of the United States.
People do have the chronological order of events from the Labor Day celebration to Thanksgiving Day, to Christmas and the New Year. The order begins in September and goes through October, November, December and into January of a new year. It is also the season for the cold weather, which mostly begins in October and runs through into the new year.
Turkeys - traditionally eaten for the Thanksgiving Day meals - emerge in department stores from about one week preceding the Thanksgiving Day, as it takes over a large chunk of space from other meaty needs. Just as people prepare toward the Thanksgiving Day celebration, the talk of likely snowfall and whether the first snowfall will be 'white' or whether there will be 'white' snowfall at all.
A snowfall on Christmas day denotes 'white snow,' which rarely happens, but notable whenever or any year it happens. Of course, there are many people who love the snow and there are many people too who don't love the snow. A man may loves the snow and for his woman to not love the snow.
The differences in people's perception of the snow has given way to one song with a line "Let it snow, let it snow, let it snow," in a situation that presents one partner telling the other to allow the snow to fall, irrespective of his or her reservations about the snow.
One great expectation as people go into the new year through Thanksgiving, Christmas and the New Year celebration is the annual tax return, which the new year ushers in. And after the tax returns that ends in April, a new journey begins toward another :Labor Day, Thanksgiving Day and Christmas celebrations.
But unlike the Thanksgiving Day celebration and the Turkey menu, which is marked only in the U.S, the Christmas and the New Year celebrations are universal and different climes have varying ways of marking the events. in some other climes far from the U.S, the Christmas and the New Year represent the magic moment.
The moment that people gives out gifts to others and expects gifts from others. It is the moment that children all over the world look forward to new dresses from their parents to celebrate the yuletide.

Note: Jose Feliciano is the original composer of "Feliz Navidad".