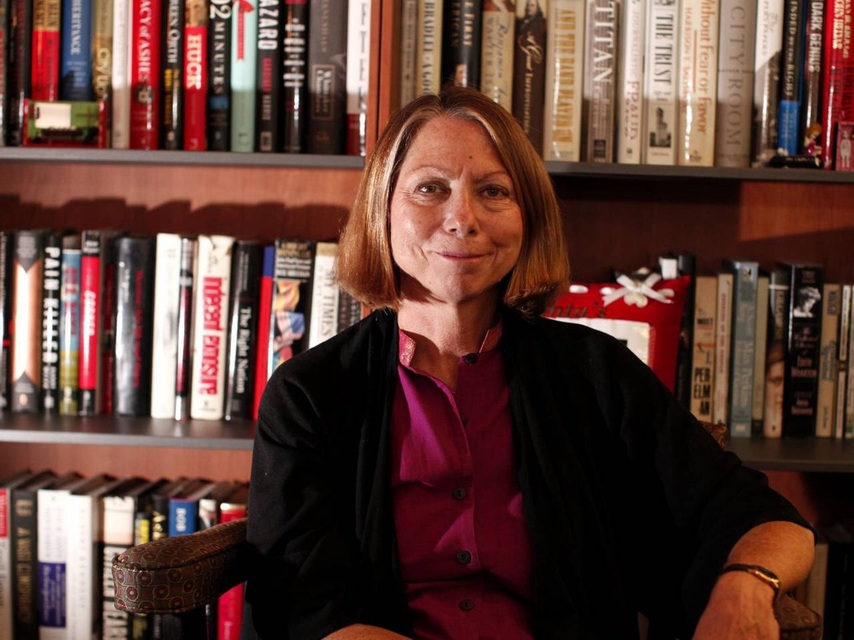 Jill Abramson (www.salon.com)
Jill Abramson was until about one week age the executive editor of the New York Times, before the paper's owners' decision to replace her. Jill's removal there has been discussion about her removal; some think it unfair for the owners of the paper to have removed her after just three years in office and others say her removal is part of pervasive gender bias.but those who gets the idea about what is happening to journalism by owners' decisions say the issue is beyond gender bias.
They remind the public of the popular saying that, "he who pays the piper dictates the tune". They say news papering is not a charity but a business and owners will decided who to employ to help in selling the wares if the is not about differences in political ideology.
Jill is a highly respected professional journalist. If not, she would have been executive editor of the Times at all. But she ruled the sphere for three good years. Her service to the Times is a lifetime credential on its own. Happily, no one has said she did anything wrong. The aspect of her removal is the abruptness, and which only the Times owners can explain. The fact that Jill herself was unaware her removal was in the making before she received the notice puts the onus on the owners they knew why they removed her. The good news is that she is discussing her severance with the company. However, there are other who say she is aware of her impending removal and that she has mentioned at a conference about leaving the newsroom soon. Others said there was a brush between her and her successor, Dean Baquet.
It is age old that newspaper owners are known to remove their editor when they are no longer comfortable with editorial decisions or the sales or some other thing stands between the and the editor. It is why journalists who seek independence from the claws of owners look forward to the day, when they will start a newspaper or magazine and employ professionals like them to work together, away from proprietors with profit motive or political ideological as driving force.
There is a story to illustrate when relationship between owners and employee becomes cold. Mr. Christiansen is a chef regrade as a workaholic. One Mr. White was seconded to work with him as a kitchen manager. The relationship between Mr. Christiansen and Mr. White suddenly became cold, because the two were not compatible. Mr. Christiansen was workaholic and Mr. White was not too slow, but not a workaholic like Mr. Christiansen. When Mr. Christiansen was fed up with Mr. White's style, he was heard saying aloud he hired Mr. White and he could fire him and which he finally did. There has been a case of an editor whose employer places his office next to a lavaratory that there was no way the editor could sit in his office without the stench from the lavatory.
When the editor could no longer take the stench, he resigned. In another case, an editor was demoted from editorship to be member of the editorial board, because the proprietor accused him of taking a woman from him. The relationship between editor and the proprietor is fragile. The editor has the power of a final decision of what goes into the news paper. There are times the proprietor will watch the editor's power growing and will decide to cut it short, to show he is the power above all other powers in the organization.
Some reports talked about Jill's administrative style and others unattenable reasons for what may have caused Times' owners decision to remove her. No one knew why they did. They know.
NEWS AND FEATURES
News & Features Around The World