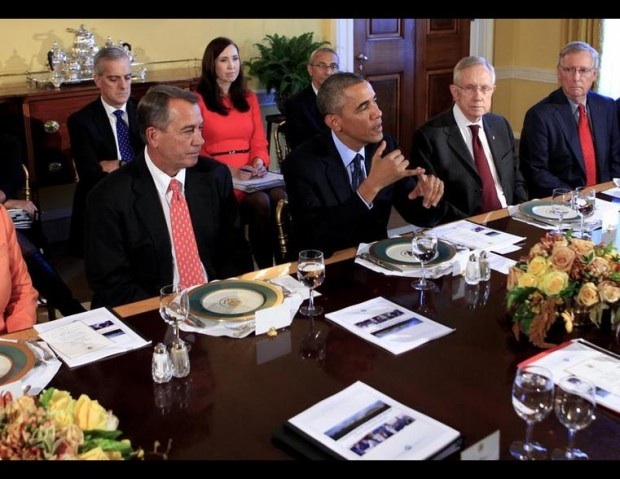 Meeting after the Congressional election
In one of its front page stories on Wednesday titled "Patent Troll Fight Heads to the Round Two", Politico asked Washington to get ready for a fight over patents troll that is coming back.
But the truth that is unfolding, apart from the patent troll, is that Washington will have more than the fight over patent troll to contend.
Already, the fight over immigration has begun and it marks the beginning of a fight people say will be the tune of the working relationship between the White House and the Congress for President Barack Obama's remaining two years in office.
It is not only the immigration issue that will be the basis of the fight between the White House and the Congress. There is also Keystone XL Pipeline that will involve not just the White House and the Congress, but scientists as well, whom the White House will rely upon to champion its global warming message. The battle will be determined by the scientists, because they will have to debate among themselves with the public as observers, about whether the global warming is as serious as environmentalists are claiming. There is also a bet that there are scientists who will tell the public that the global warming rhetoric is a farce and unreal.
Already, the public has witnessed President Obama unveiling his immigration reform plans, and his challenge to the Congress to give him a bill on immigration or keep mum. Members of the Republican Party who would be in majority in the Congress from January have told the public that the president has acted beyond his powers, and that they are looking for ways to curb the White House's effrontery against the public's decision in the last election.
The president has responded by saying all his predecessors in office had done exactly what like him during their own time in office. However, the president seems to lack the required public support for many reasons, among which is the uncertainty of what the new Congress may decide to do with the president's immigration reform, and the fact that the president's reform will obviously not lead to citizenship for beneficiaries. Some of the lucky fellows who would be affected see the development as a way for Uncle Sam to collect taxes and an end to their own windfall without taxation.
One major problem with the president's immigration reform is its curtailing the number of undocumented immigrants it will affect from 11 million to five million and not leading to citizenship, but just to forestall deportation. Many undocumented immigrants know that it is only those with criminal record that can be threatened with deportation. And that if you are law abiding in the United States, the fear of deportation will be secondary in your mind as one may never be questioned over his or her immigration status, unless there is a crisis that warrants it.
But Obama fans believe he has it right. They say it is a political fight over Latino votes and that the Republicans has been drubbed. The president taunts the Republicans to bring the bill for him, and he would not mind to walk John Boehner's dog or wash his car if given the bill.
Some are saying that the president can easily win the Congress to his side on the need to create a pathway to citizenship for the 11 million undocumented immigrants for the purpose of revenue through taxation. They say the president has his employment figure to convince the Congress that the technology workers that his reform will bring into the country will not worsen the unemployment situation.
They add that the president has everything to convince the Congress to his side, rather creating a war path with the people over immigration reform. And that he does not need to call for a fight in which he cannot perfectly predict Republicans response. People are wondering what has become the camaraderie between the president and the Republicans after the latter's victory at the polls.
NEWS AND FEATURES
News & Features Around The World