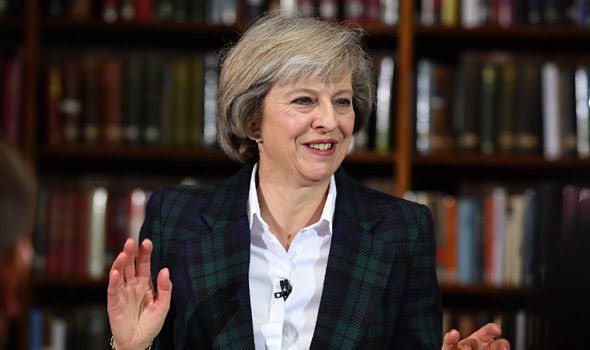 Theresa May
Theresa May's statement, in response to the Polish leader naming her 'Madam Brexit', that she is in the office for a long haul, beyond the Brexit issue, resonates.
Should not this be understandable for people who knows what it means to be the prime minister of a powerful country like Britain?
Everyone knows that whoever is the prime minister of Britain is not just a resident of No.10 Downing street. But that he or she is a resident with power, power to influence good or ill upon Britons.
Being in the office of a country's leadership is not just about the trappings of office, which is capable of drowning anyone about life in paradise. They are leaders, serving like servants but with so much care that will remind anyone about the scriptural message about life in heaven.
To be the leader of one's country is the dream of every citizen, but few live to achieve that dream. An achievement that will be on record forever, and the person will be remembered for the good or bad achievements. Brexit may not be part of achievements May will be remembered for, herself being a product of Brexit politics, for landing the job as a prime minister on the heel of the votes by Britons to exit the EU, following David Cameron's resignation after his failure to ensure Britain remains in the EU.
.   Although, the Polish leader, Mateusz Morawiecki, went too far by his reference to May as 'Madam Brexit', which some reports said that it was the interpreter who made the mistake from forgeting May's name. Whatever the case, May gave a ready answer in stock as a politician, for other EU leaders and political opponents at home, who don't like the Brexit agenda, that she is in the saddle to accomplish more goals for Britons than the pursuit of the Brexit procedure.
Saying she is in it for a long term, she has not mentioned a second term in office, unlike other political office holders, whose drive for a second term is always the reason behind whatever performance they pursue. It is not what May means directly by a long haul or a long term. But one can see she still means the same - not ready to leave in a hurry. She needs time to complete ensuring more enhancement of skills, training and education for Britons.
There is also the industrial strategy, her travels promoting her country and the country's pursuit of defense and security. She also talked about a budget for building health and housing for the future. What May really means is that she is not in to go in a hurry and that she has much on the drawing table to achieve for Britain, aside from all that she has mentioned.
Cameron too would not have wished to leave in such a hurry, but circumstances let him go in a hurry. Who will be in that office and would wish to leave in a hurry? Who would not want to be there for a long haul or a long time?
​
HTML Comment Box is loading comments...
NEWS AND FEATURES
News & Features Around The World