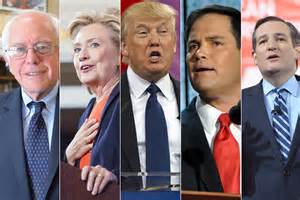 Results are all that matter to voters, not the drama by the candidates and their media surrogates. And the results have started rolling out with Hillary Clinton winning in Georgia and Virginia, and Bernie Sanders winning in Vermont (his home state).
Donald Trump has reportedly won in Georgia, Massachusetts, Virginia, Alabama and he is leading in Arkansas.
​   Ted Cruz won his home state of Texas. The CNN calls Cruz's victory in Texas as his first win of the night. The New York Times said that Trump edged out Rubio in a hard struggle in Virginia
All the way, it is Trump and Clinton. Though Cruz is reported to be in the lead in Oklahoma, which the latest report also says he he has won, and making him a winner in two states so far.. More of the results are being awaited.
NEWS AND FEATURES
News & Features Around The World