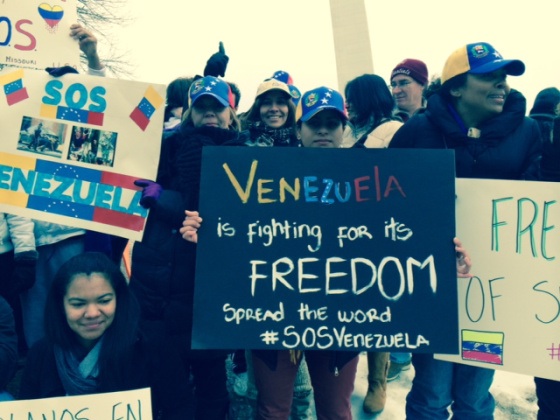 In Venezuela, about 8 people have reportedly been killed in protests against Nicolas Maduro's government.
Rather than addressing worsening economic situation in the country, Maduro has been pointing accusing fingers at imaginary enemies, and calling out his supporters to hold counter protests against the opposition.

Venezuela is considered by observers as a ticking bomb. The country's problems is liking to that of Ukraine, where corruption and power struggle amid mismanagement have deepened a worsening economic situation,which has in turn put the people on an edge.
Venezuelans are saying they don't like hunger and miserable life in the midst of unaccountable billions of petroleum proceeds.
The unrest in the country don't seem to be ready to go away with the leaders resort to finding moles, where there is none than managing the country the way they should as leaders.
NEWS AND FEATURES
News & Features Around The World