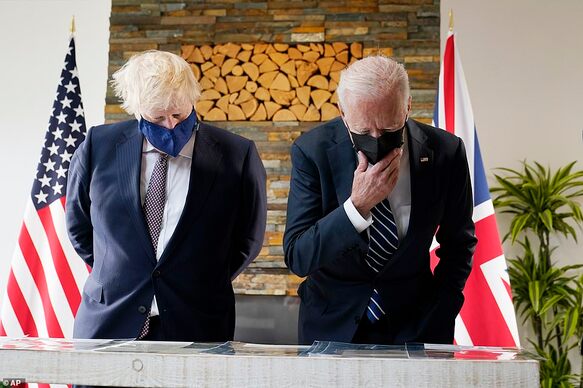 Covid-19's relentless stride against humanity two years after its emergence on the world scene as a dangerous virus from China's Wuhan city is gaining attention. The virus has continued to mutate. First as a Delta variant and now as Omicron variant, based on a World Health Organization, WHO, releases. Two countries have shut their doors against travelers from some countries where Omicron's presence has been confirmed.
Questions and fears about Omicron are worldwide, arising from news reports that the United Kingdom and the United States have stopped flights from South Africa, Botswana, Zimbabwe, Namibia, Eswatini, and Lesotho, Belgium, Hong Kong. Omicron as a name is confusing requiring explanation for people to understand it as another Covid-19 brand.
Omicron's presence in South Africa is said to be under investigation in the United Kingdom. Only 35 percent of South Africans are vaccinated. Travelers from affected countries into the U.K. are mandated to quarantine on arrival.
Although more data is said to be needed to confirm the current variant of Covid-19, the U.K. says it is taking precautions.
Omicrons' pronunciation is giving a whole lot of people a reason to turn their heads.  They ask what Omicron stands for and whether the world has not seen the end of the dread coming from the Covid-19 scare.
Two cases of the new Covid-19 variant are confirmed in the U.K, and people seem to understand the U.K. clampdown on flights. However, people are asking why the United States has banned flights from the same countries affected by the U. K's decision because no case of the new Covid-19 variant has surfaced in the country. More so for the New York State's Governor Kathy Hochul reported declaration of a state of emergency. There is a fear that other countries may be eyeing the U.K for flight stoppage since the country has confirmed two cases of Omicron. Meanwhile, Omicron has been found in 13 passengers arriving from South Africa, and the same virus found in Australia, making some people to say it is already out there in the world and not in just one country or some countries. And that what is required is not hysteria but alertness in detecting people who have it and helping them to get treatment.
Is the response to Omicron with a flight ban from the U.K.; and U.S. beginning of another lockdown period? Many people doubt lockdown would be the solution. They are confident lockdown would not happen because a large percentage of the world population is vaccinated. And that the world has more than one vaccine and medication against the virus. Also, the mask, washing of hands, and the use of hand sanitizer are still prevalent.
Lockdown is another phenomenon  politicians may not attempt based on past experience of its negative impact on the economy.
But the fear is that political leaders whose primary goal is reelection may want to use the opportunity to show they care about the people. Since any mistake by them arising from soft handling of the Covid-19 crisis could lead to an election loss.