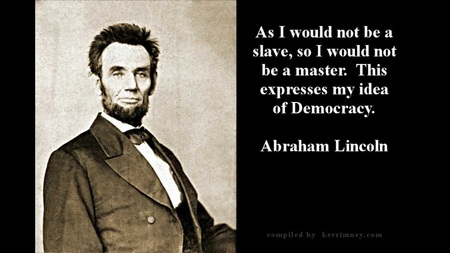 Abraham Lincoln
Britons will soon decide whether to remain in the European Union or get out. Greece had their own referendum and they decided to remain in the EU for their own benefits. These are countries, where leaders listen to the people. Aside from the cases of leaders who listen and follow what their people's voice, there are others who don't care whether their people have right(s) at all, including rights to say they are going and no longer want to belong to the country.
There are times one wonders whether some people who have found themselves in authority know the meaning of hunger and homelessness in practical terms, and that whether the society should ever allow people from moneyed class, who don 't have any experience about these two evils to lead their people.
It is believed that whoever does not have the experience of the discomfort that comes from hunger and homelessness, cannot know what it means to be hungry and be homeless or to be put out or without a cover over one's head, and may be insensitive to the need of the hungry and the homeless.
The evil of hunger and consequences are replete in the scripture. Many people believe that only wicked leaders would allow any policy resulting in hunger for his or her people. The French Revolution was sparked partly for the exorbitantly high price of bread, which denied many people access to it. But when one looks at the way governing goes on in many countries of the world today, it seems that little or no lesson has been learnt from that historical uprising in France.
Imagine the amount that goes into perpetuating ceremonies in entertaining visiting head of governments in poor countries, where many families are uncertain of three square meals a day. Imaging how much is spent to keep politicians in elected office, because the people wants them to help ensure their own welfare, but later to see that their elected representatives care first about their own welfare before the people's welfare.
It is true that for politicians to help keep the states' boat afloat and ensure the people's welfare, their own welfare need to first be taken care of first and the reason whole lot of money has been devoted to make the politicians comfortable in office. But the pain is unbearable to know that many politicians don't know why it is necessary to ensure that none of the people in their constituencies is in hunger or homelessness.
Well, it is to avoid homelessness and hunger that governments ensure policies toward full employment and that people should be able to manage their income to avoid falling into situations capable of leading to hunger and homelessness. In advanced countries, people who are unemployed are registered toward welfare packages to alleviate the impact of unemployment capable of causing avoidable hunger and homelessness, and in certain cases, temporary  shelters are provided for the homeless.
The question is why are leaders in poor countries not emulating the good works of their peers in advanced countries. Is it because these countries are poor in comparison to the advanced countries? Are most of these leaders in poor countries not the experience or the knowledge of how they can formulate policies to take care of the vulnerable in their countries? Many observers think that many leaders in poor countries are just wicked, because according to outcome of many debates often witnessed about characters of the leaders in poor countries, many of them have their education in the advanced countries, prefer to have many of their family members still living in the advanced countries apart that they spend their holidays and go to the advanced countries for holidays and medicals.
Is the situation like this because some of these leaders from poor countries are from rich homes and therefore don't know what it means to be poor, hungry and be homeless? Many people have argued that there are leaders from poor background, who become careless of proding for the deprived in their countries, in spite of having used their poor background and made promises to take care of the poor. These leaders just turn their backs the moment they become comfortable, as some are known to have campaigned for office to get there and advance their comfort.
Such leaders will even send law enforcement armed to the teeth to kill protesters. Such leaders don't know that anyone or people have rights under the constitution. They have turned democracy into the rule of force. What advise did George Washington offer these type of leaders? Look into the peoples' demand and give them what they want if justifiable or kill the uprising if it has no justification. But modern day leaders in poor countries just embrace democracy, seemingly ignorant about its meaning and how it works.
Based on Washington's words, the best way to see if there is a justification in people's demand is to embark on a referendum the way the Greeks had done and the way the Britons are about to do. If the people in the Eastern Nigeria are asking for freedom, do you kill them for their demand or allow a referendum to see if their demand is justifiable?
NEWS AND FEATURES
News & Features Around The World