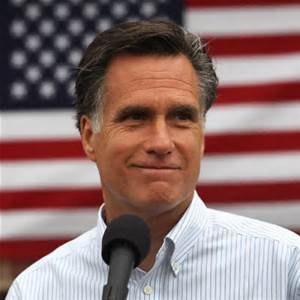 Mitt Romney
Has Mitt Romney forgotten about his statement in 2012 against the 99 percent Americans in favor of the one percent Americans? Has he forgotten how the statement unraveled his aspiration to be president?
How does he think Americans will listen to him about who is qualified or not qualified to be president? Does he think making a statement against Donald Trump will restore his lost credibility?
It is certain that many American journalism students in 2012, to whom the release of Romney's lunatic statement in a video become a source of training in journalism classrooms across the nation, which the public still remember and never forget.
Romney's emergence from nowhere on Wednesday with an announcement in the media that he would be having a statement for the American public on Thursday elicited questions about what he had to say, and endorsing any of the candidates or inserting himself in the race as an alternative to Trump completely ruled out. And when Romney spoke on Thursday, he was not different from the Pharisees and the Scribes who lined themselves against Christ, the rejected stone who later became the cornerstone.
Romney has joined the pack of the Republican Party's bigwigs who have come out to confirm the evil conspiracy against Trump among the people in the high echelon of the Republican Party. It is possible to forgive President Barack Obama for coming out against Trump as an entertainer who is not qualified to be president, himself has forgotten how the Pharisees and the Scribes termed him a Community Organizer not qualified to be president. Hasn't Obama been president since 2008, and hasn't Romney been one of the victims of Obama's ride against the wave by those who think America's presidency or leadership is their alone, and anyone not approved by them not qualified?
Yes, one can forgive President Obama and other Democrats for their partisanship against Trump as a Republican party candidate, but certainly not members of the Republican Party, who are proving by their own words that they are   nothing but lunatics, in their life and death opposition against Trump's winning streaks. Why cannot just they shut up if they have nothing positive to add for their party's success in the forthcoming presidential election? Aren't most of them voicing words in protection of their jobs in Washington in case Trump wins or the Republican party loses the election? When has it become a matter of fear that because a party possibly will be losing an election if a particular candidate wins the nomination and all of them have to go into panic mode?
If the Republican Party loses the election as being suggested by these Pharisees and Scribes, how would that be the end of the party, if past losses have not ended the party's existence? Did not John McCain lost the election, and did not Romney lost the election and did the party die as a result of their losses? All of them who have been coming out and demonizing Trump should be ashamed of themselves. They are saying that Trump's nomination would enable Hillary Clinton's victory, and so they have to wage useless wars against Trump.
In another case, they say Trump is not electable, but the guy is winning elections and bringing out Republican voters than any of his accusers has done in their lifetime. Already, Marco Rubio has become a jester and opposite of his real himself, according to analysts. Rubio reminds observers of Malvolio in Shakespeare's 'Twelfth Night' about how Maria misled him to believe that Olivia loved him and he became a fool as a result showing himself off as Olivia's preference against others.
Democrats are now referring to Rubio as a guy who has decided to join the establishment personalities to do their dirty jobs, because he cannot beat them.