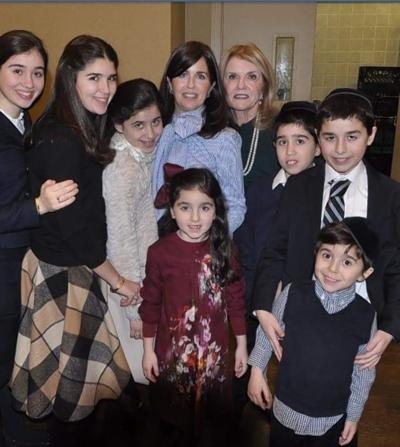 A happy family visited by fire (Courtesy: Daily News)
The society has developed from using firewood for cooking to using stoves powered with kerosine and later gas and there is also the electric hot plate. But the advancement to technological breakthrough from the use of firewood has its consequences, because things can go wrong as it has on several occasions with loss of lives as witnessed few days ago, when seven Brooklyn kids lost their lives from fire in their home.
The chief fire officer, Daniel Nigro, who operated on the night of the incidence said it was seven years ago that the city last experienced such a tragedy. Some people say Nigro may have spoken in term of magnitude, but that the society witnesses fire incidences and loss of lives all the time.
The news of burial of the seven kids was all over the news on Monday. Their photographs graced the front page of the New York Post. Photographs show sympathizers swarm around the kids' father at the burial ceremony, recalling the news of the children's mother crying asking people to help save her kids who are trapped in their rooms and the voice if the kids crying for their mother to save them, while mother and her one 15 year-old daughter have made their way out of the burning home.
Imagine parents losing seven of their eight kids in a sweep. Imagine a surviving sibling who has to live with a memory of younger siblings who are unable to make an escape and die as a result. Imagine that this can happen to anyone and that you are also vulnerable. And that you can make a mistake in the use of your hot plate or stove and that these technological appliances can malfunction.
New York AM News reported that the kids's father Gabriel Sassoon remembered Elaine, 16, as a spirited child , Rivkah, 11 as a source of joy to all, David 12 was fun,mYeshia 10 was joyful and creative, Moshe 8 was always beaming, Yakoob 5 wanted everyone to be happy and that Sara and her older siblings all have faces of angel and so pure.
"There is nothing to say. There is only one way to survive this. It is compete and total surrender, because our wishes are tiny compared to what to what God has planned," Sassoon reportedly said in a filled Shomrei Hadas Chapels, 14 Avenue in Borough Park, in the mood of a man believing we are guardians to these children, saying we don't know whom these children are and don't know what they have save us from.
You are asked to ensure the smoke detector in your house is active and in switch on mode all the time. There are times people whose houses have been gutted by fire are reported not having the smoke alarm in place with fault traced to either the landlord or tenants. In the case of the fire that claimed seven children's lives in a sweep, a faulty electrical food warming plate set off the fire while the children were asleep in their bedroom.
The children's mother, Gayke Sassoon, and her 15 year-old daughter, Tzipora escaped the burning house by jumping from a second floor window and critically wounded.
The gas supplier asks you to call 911 anytime you noticed fire in your house. Everyday you hear siren from fire fighters' truck running to save lives, and you know they do save lives, and that some of them have in that cause lost their lives.You read about their gallantry every time in the news.
Of course, you also know it is not all the lives they been able to save like the lives of the seven children forcibly parted from their parents and this world last weekend.
NEWS AND FEATURES
News & Features Around The World