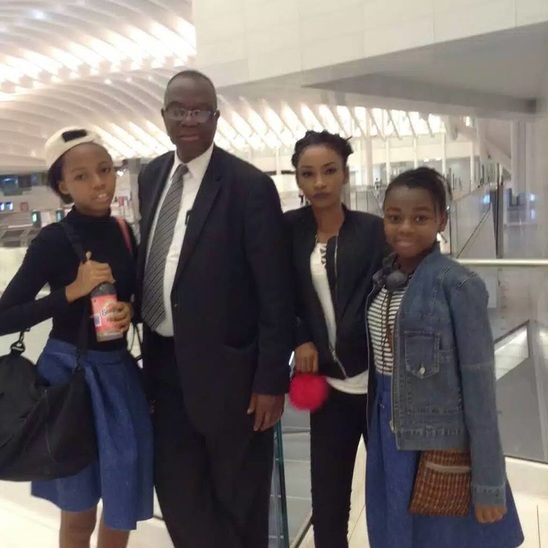 Me and three of my daughters
I have not been writing reports since the arrival of four of my childrens' from Nigeria. Every effort for me to return to what I think are my normal chores seem not to achieve desirable aim. I have given more attention to the family than other issues.
But this morning, I am returning to reporting and writing again. The care of the family comes first and I believe I have been giving attention to that and that other things can now follow. However, the experience has forced me into asking whether we do have control over our lives.
​   Do we? Your answer can be as good as mine that we do have control over our lives in certain circumstances, and that such control that we have allow us to avoid unpleasant experiences. But on the other hand, we would all agree equally that there are certain circumstances that are beyond our control, no matter how we try.
Accidental developments are such instances that humans find themselves struggling to exercise control, which may spiral out of management and we have to sacrifice time and daily chores. This has been my experience since the arrival of four of my children from Nigeria to the United States.
I left my children couple of years ago and came to the US from Nigeria and began a new life.
Liiving alone without my children for the years they have lived in Nigeria without me has made me feel like a fish out of water. Parents who have left children for a long period of time after having lived with them for a long time will understand the message of the type of loneliness such can create in a person's life.
Although, the arrival of my wife in 2011, when she joined me in the US helped limit the level of loneliness that I suffered, during  the period I have lived in the US without her and the children. The experience has made me to understand that having one's children around in the the manner one had been used to after years of marriage cannot be equated with having just one's wife around, especially when she has to travel to Nigeria every six months to be with the children. Now that the younger kids are here, she also has to be permanent for sometinme before she will have to travel again.It is my Eureka! 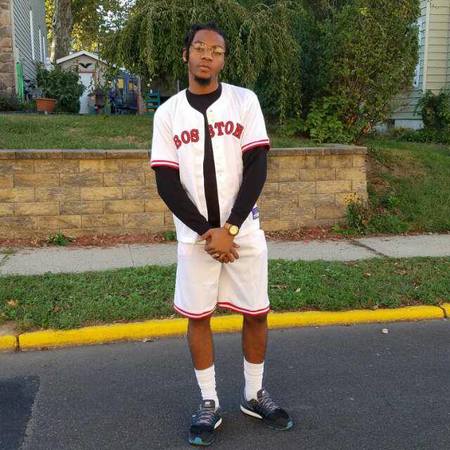 Oyindamola, the youngest of my four male children, currently living with me in the United States.
This development makes me feel being born all over again. When I left in Nigeria, I felt I was born again, leaving the political and economic trap that the country became over the years. But no sooner had I arrived in the US and I found myself living alone in one room, I realized that the  sense of being born again, living alone without my children was dubious, and that I had actually died and waited to be born again. What does it mean to die and be born again?
Can a person die without really dying and be buried? And can a person be born again the second time after the natural birth by his or her mother? The Bible answers these questions with the words of Jesus Christ and his disciples about dying and being born again. I experienced this sense of being born again several years ago as a new Christian convert of the Assemblies of God Church in Nigeria and I have remained in that mode since then. But after my Christian born again experience, several life's experiences have dealt me blows, leading to death and being born again, many times.
When my eldest brother was assassinated by a letter bomb, I died with him. My experience with knowing the danger he faced in the last six months of his life before his assassination, efforts I made to save his life and still saw him killed and my inability to manage going along with human snakes and scorpions who call themselves family friends and the always of the course direction of Nigeria's political and economic direction led to my seeing departure from Nigeria as being born again.
In the confusion that followed my brother's assassination and the disagreement with family adversaries who call themselves family friends, the realization that leaving Nigeria was not being born again but a form of death, I am now reconciling with the reality that I have to permanently severe relationships with deadly family adversaries and have my children around me, to be born again. A situation, where one has adversaries who call themselves friends, is worse than living with human characteristics, capable of cutting lives short. 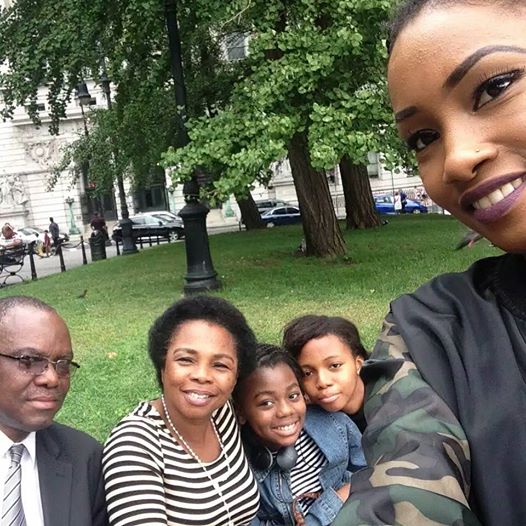 Me, my wife and three of our daughters
I have learnt the hardest way that one's family, including  brothers and sisters are one's best friends, and that outsiders, who come as friends, will only be there with you, when there is something for them to gain. Some of these outsiders will treat one's mother, brothers and sisters as inconsequential, if they are allowed.I stand against it.
Life is better without such fools, who think or say they are doing you a favor, when they are actually out to  destroy your family to get whatever they can gain.
I teach my children that it is not that it is not good to have friends, but one has to continuously scrutinize the intentions of such friends and be ready to call it quit the moment your intentions or lifestyles are no longer the same or align.
I am conservative with liberal education. But my conservative background has given me the capability to be able to smell and know what is real from what is not. I do away with anything that will threaten my biological system or my family's happiness.
When I die, it will not be as a result of avoidable carelessness or trusting too much on people that I should have scrutinized and allow go their own ways, when intentions and pursuits have become divergent or when continued association has become a threat to my life.
I feel that It is better to die and be born again, than to die, die and die forever.  We will all one day have to sleep or die forever, but not be forced away against one's will at a time of one's  most productive time on earth.
NEWS AND FEATURES
News & Features Around The World