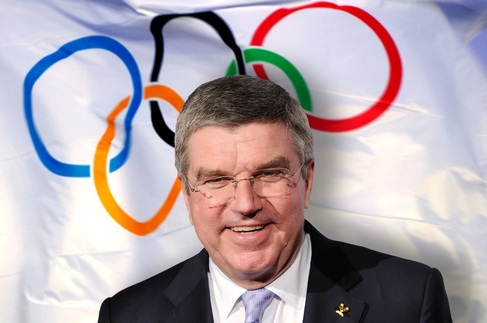 Thomas Bach, President of the International Olympics Committee, IOC
The Olympics has been around for more than anyone can say, but ZIKA - a recent occurrence - though there is information that puts its first appearance at about 70 years ago, yet it is nothing to compare with the Olympics.
The Olympics engenders friendship among nations and athletes all over he world, but ZIKA is a destructive virus that deforms baby's heads at birth and damages their brain.
Unlike the Olympics, ZIKA is equivalent of terrorism, because it is destructive to babies at birth, impeding their future. ZIKA has been declared by the World Health Organization, WHO, as a health risk.
But the Olympics that has continued to attract athletes before the recent appearance of ZIKA is under the threat of being scuttled by ZIKA.
Kenya, whose athletes are known for long distance runs, has said that she may be withdrawing from the Rio de Janeiro Olympics for ZIKA. But according to a report by Reuters, the Olympics officials have said that it is too soon to talk about ZIKA's impact, and Kenya has officially confirmed she will be in Brazil for the sports fiesta.
Although, the Olympics' officials have said that it is too soon to talk about the ZIKA's impact, but observers can see that ZIKA's impact has caused WHO to issue a health alert and one that has been a followed up with a statement that ZIKA is a world health concern.
Hope Solo, the United States' soccer goal keeper has also said that ZIKA may keep her away from Brazil, because she may one day want to start a family and will avoid anything that will be problem to her baby. Yet, the Olympic officials say that the decision to be at the Olympics or not due to ZIKA is left to the individual athletes to make, meaning that ZIKA or no ZIKA, the Rio de Janeiro Olympics cannot be aborted.
Some observers are saying that they don't understand why adult athletes are scared of going to Brazil, because of ZIKA. They are saying that ZIKA has been reported as a threat to children at birth, unlike Ebola that kills everyone, irrespective of age. Others say that no one will want his or her child deformed.
The latter say that WHO's first alert has advised women in the South American countries to desist from getting pregnant to avoid their children having ZIKA. But how ZIKA has become a threat to adults, who aren't going to be pregnant has become another cause for concern. Yet, others argue in support of young people like Hope. And as we all can see, the development seems to be putting the world's most friendly sports meeting in danger of being avoided by scared athletes.
But who wouldn't be scared by a virus named ZIKA and which only business is make babies look horrible?Perhaps, WHO and the Olympics officials need to tell the world that ZIKA doesn't constitute danger to adults, unless they are planning to have sex and get pregnant. But some people are arguing that the problem is about the mosquito that causes the ZIKA virus, and that the issue should be about how to protect the athletes from exposure to the mosquito that carries ZIKA.
Leaving the decision to be in Brazil or not to be in Brazil to individual athletes to decide may represent a way of allowing ZIKA to scuttle the Olympics, without the International Olympics Committee, IOC, assurance to the athletes of efforts being made, if any, to make sure the ZIKA carrying mosquitoes don't find their ways into the Olympics' venue.