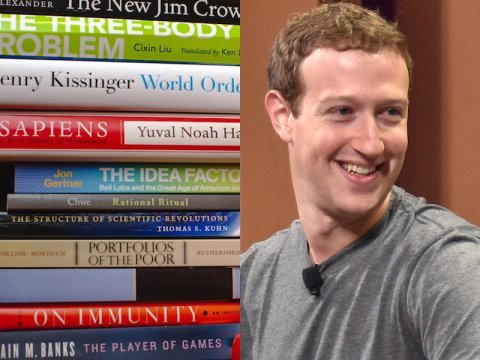 Mark Zukerberg, Facebook's CEO (Courtesy:businessinsider.com)
Is Mark Zukerberg of Facebook running for political office? When the question first emerged in the media, Zukerberg said he was not running for office.The question emerged again few days ago.
Latest reports say that Zukerberg has hired certain political eggheads, known to have worked for the likes of men and women, who have pursued political office. Yet, reports say he is uncommitted.
There is nothing wrong for Zukerberg to run for political office, provided he has the thick skin to absorb the near madness of modern approach to political opposition and the selfishness that has taken over the political terrain.
Is the selfiness currently enveloping the political terrain a new phenomenon or has it been been part of the system before now?
Whatever the time that it is that crass greediness become part of politics, we will know as we proceed in this discussion. Well, the news reports about Zukerberg and likely pursuit of political office is a quick reminder that anyone can be anything as long as one has been destined to be. The story of King David, the son of Jesse, and the youngest of his siblings, demonstrates.
David was not rich or famous. He was sought out, and until he was found, all others among his siblings encountered by Prophet Samuel searching the appointed man were discountenanced. King Saul sought to take David's life, to deprive him the opportunity to be king. Saul failed. His enemies pursued him on his way back from where he sought protection with the enemies of Israel, his wife and properties were seized and he wept profusely until he could no longer find tears.
David's life shows one trait that the road to the heights is filled with pains and sorrow, and that it does not mean because one is rich or famous, one is cut out to be there. He did not become a king and a successful for that matter, because he was righteous. But as a sinner, he was always on his kneels praying for forgiveness, realizing he was imperfect as a mortar. And that did not stop him from marrying many wives and having almost uncountable concubines.
Back to the destiny line. Shakespeare got it when he wrote that some achieve greatness, some have greatness thrust upon them and some are born great. Aren't some of us wealthy, some of us poor and some of sickly and some of very healthy? Isn't the nation applicable to nation states? Aren't all of striving to be rich and healthy? Why then are some of us rich and some of us are poor and never to be wealthy, despite all our strivings?
An American singer said that he would rather die struggling than to remain poor. Yes, many of us have died struggling to make it. Many people have died unable to realize their political ambitions and other ambitions. The one awful scenario around the world is the creation of certain families or households as royalties, to be served by others and for their life enjoyment to be derived from the sweat of unfortunate others.
And members of royalties live large. They are careless about the evil of watching their subjects live in penury, while in most cases they make lands that belong to to the people their personal properties. Royalty is the foundation of modern politics, traced back to pre-modernity. Prophet Samuel said as much to the Israelites, when they sought a king to rule over them.
The question is not about the truthfulness or otherwise of the media discussion of Zukerberg's intention, but that if he is destined or ordained to be, he will be. But does he belong there in the clans of the greed, where self is first and others secondary, which politics has become?
It is not about insatiability of human wants. It is about the absence of altruism in politicians' dictionary. They may pretend that they care about the people, but realizing the budget for their rituals and ceremonies will always be more important than ending the hunger among the poor, and only use the people as ladders.
​
Comment Form is loading comments...
NEWS AND FEATURES
News & Features Around The World