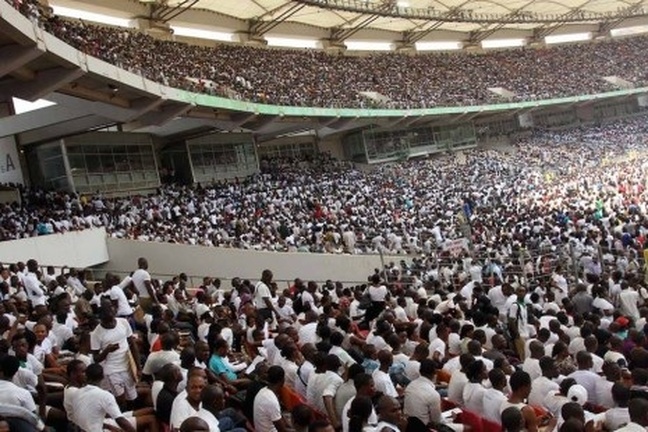 One of the centers for employment test(Courtesy:www.premiumtimesng.com)
18 Nigerians died on Saturday- seven in Abuja, four in Portharcourt and three in Benin- during employment tests into the Nigeria's immigration service. The deaths followed stampedes at three of the centers around the country.
The list of the dead included pregnant women.
Reports show that the throng of unemployed youths who answer the call for the aptitude at various centers have been overwhelming.
In a country, where access to unemployment for youths is scarce, the results are stampedes and avoidable deaths from available opportunities.
Observers see the development as part of the President Goodluck Jonathan's government effort to address the high rate of unemployment among the youths, unemployment analysts view as a time bomb, if left unaddressed.
Nigeria is one of the richest petroleum producing countries in the world, but the country's resources have been mismanaged by successive governments.
The current government's management of the country has not led to desirable improvement, enough to blur major foreign investors repatriation of their interests, due to past administrations' mismanagement of the economy.
NEWS AND FEATURES
News & Features Around The World